US Debt: Who is Really Selling & Who is Buying? 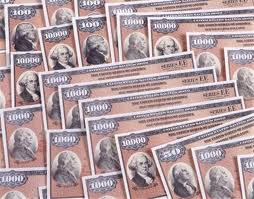 QUESTION: Marty; Since you wrote that central banks have been net sellers of US Treasuries for the first six months to support their currencies, others are jumping on board and are claiming nobody wants them so buy gold. Would you care to elaborate on this subject? It seems another desperate attempt by the hyperinflationists.

ANSWER:The central banks, AT THE REQUEST OF THE USA, are trying to support their own currencies and engaging in the very same action as they did following the Plaza Accord in 1985. The US position is that it needs a weaker dollar to prevent a recession. This will not prevent what is coming. Furthermore, what has been taking place is the 10-year is the new 30-year. Demand for 30-year paper has collapsed because nobody knows what will happen two years out, no less 30 years. The main buyers have been pension funds in the States who are desperate for higher yields.

As far as this being the sign to buy gold or a signal that hyperinflation is around the corner — of course it is not, lol. The people who make these claims are like horses with blinders. They only see the United States and everything they talk about is only in the USA. They cannot get it through their heads that things are far worse outside the USA. Even China has sold Treasuries to support their currency. Everyone has agreed to ban together to try to prevent the dollar rally and keep the capital where it is in a desperate attempt to stimulate their economies in hopes they reverse. They will fail.

A rise in the dollar is the key to the Sovereign Debt Crisis. Now, even the Bank of International Settlements is starting to warn that there are so many loans in dollars outside of the USA, which were originally to save on interest way back when, that a rise in the value of the dollar will cause a cascade failure in sovereign debt, especially among emerging markets. There may be the skeptics out there who think we are just making a lot of noise, but those in high places pay attention to our models no matter what the critics think. A strong dollar is the lynchpin that unravels everything. This is not about gold or hyperinflation. Clearly, those people lack any comprehension of what is unfolding on a global scale.

Central bankers are trying to keep the dollar from rising. This is what has been going on. They are fighting tooth and nail against the trend, but our computer says they will lose. The ECB’s insane policy of negative rates is tearing Europe apart and we can look at the raw capital flows to see how the peripheral economies within the Eurozone are moving to hedge the failure of the euro. The European banking crisis is beyond contemplation. The main central banks are selling Treasuries while the peripherals are buying. Just open your eyes and forget the propaganda.

Capital is also moving shorter-term for the declining trend in public confidence. I attended a meeting of a very large pension fund who has followed our advice. They too SOLD TREASURIES and moved to corporate debt to get the yield. The rating agency came in and exclaimed that they were taking on more risk. They responded by saying they did their due diligence on our advice and confirmed that the top of the crop of corporate debt does not default, but governments do. The premium of corporate yields over Treasuries is declining. Our smartest clients are jumping on board. You cannot forecast the future without known the past.

Here is the breakdown of holdings per country for the past year. The actual holdings rose overall. However, note the countries who have been increasing their holdings like Poland, Spain, and Italy. Turkey has been a major seller but this is political. There are peripheral countries increasing Treasuries as a hedge against the euro. The main G5 have been net sellers in an effort to support their currencies such as China, Japan, France, Belgium, and Australia. Germany increased its holdings since it has been the target of European capital inflows. The Swiss have been buyers of Treasuries to hedge against the euro. Here is the full breakdown (Source central banks): 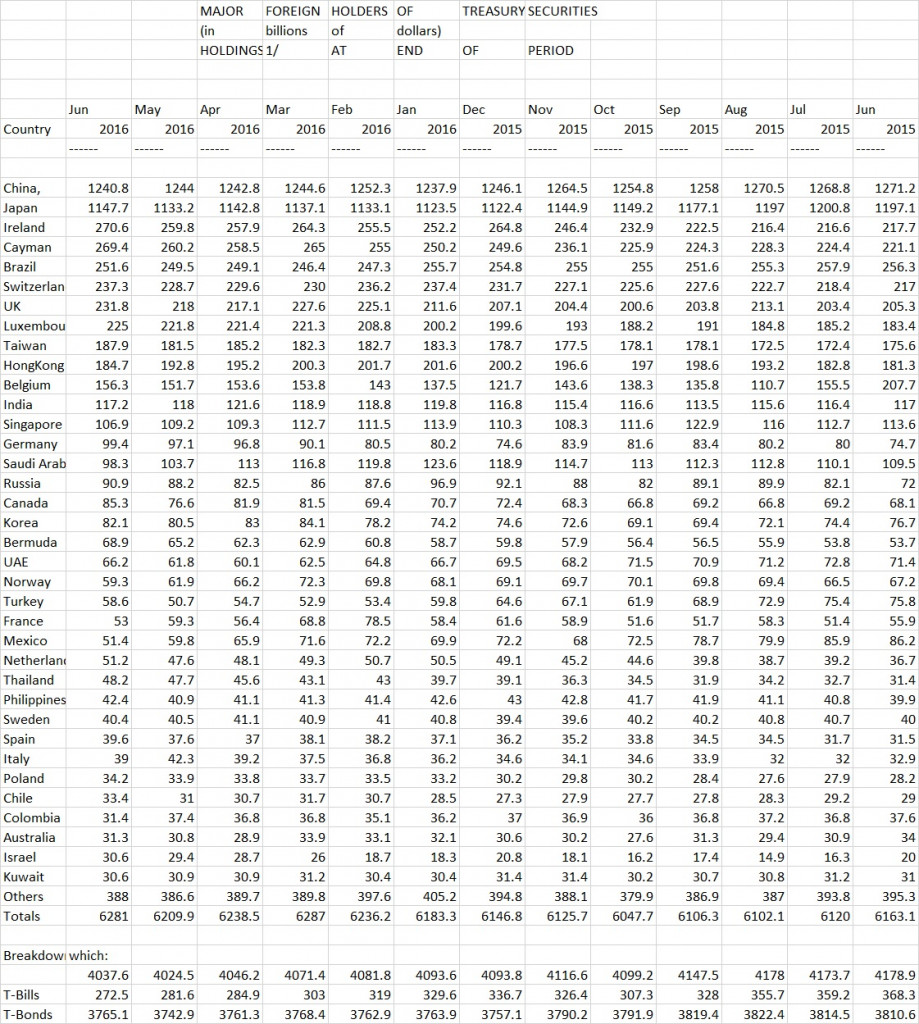