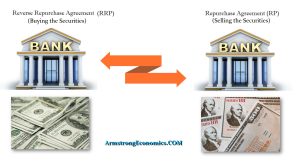 QUESTION: Mr. Armstrong; I want to thank you and your staff for a great conference. It was the best ever. Your detailed review of the Repo Crisis demonstrates why mainstream media tries so hard to ignore you while there were more institutions there than at any conference I have ever attended. When the Fed announced its rate cut, not a single journalist asked any question that addressed the liquidity crisis. It is like it did not exist but they seem desperate to cover it up. Do you think the mainstream press is just stupid or are they part of the cover-up to try to hide the liquidity crisis you had forecast at Rome would unfold in September?

ANSWER: It is hard to say how 7 business journalists that cover Wall Street asked questions during the first half-hour, yet not a single one asked about the liquidity crisis. It is as if the Fed’s injection into 23 Wall Street securities firms plus one foreign bank, in addition to buying up $60 billion a month in Treasury bills from Wall Street dealers, has never taken place. It does beg the question of whether they are stupid or deliberately not asking key questions?

The Fed began its Repo loan interventions on September 17th BECAUSE banks no longer trust banks. This liquidity crisis is where the economic stresses will always take place when there is a question as to the security of the players in the market. There have been frightening similarities to the liquidity crisis of 1998 and 2007-2009. Not a single reporter seems to understand what is taking place BECAUSE their domestic sources are also in the dark so they prefer to do Repo with the Fed rather than any other banks.

I am not certain if this is a cover-up. It appears to be more of a complete lack of understanding of what is going on because nobody is talking. We just stand in the middle and have many clients calling in asking questions simply because banks are not talking to other banks. Everyone is afraid to talk and thus the press is in the dark.