I was told – Read your Own Book! 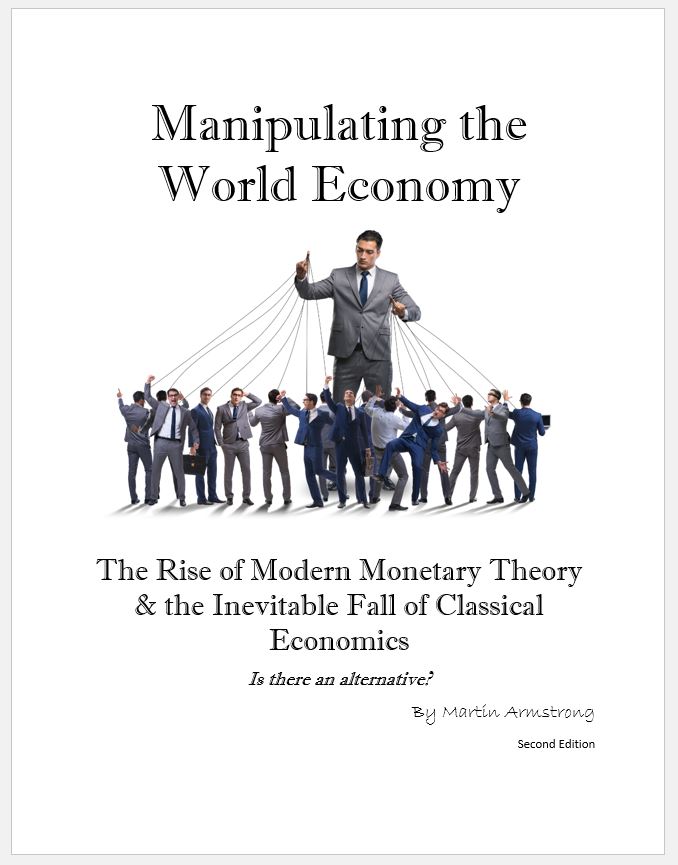 I had a very interesting conversation about what appears to be a grab for power with someone high up. I was told: Read tour own book! I concluded in the Manipulating the World Economy that the central banks lost all power and the solution would require political action and reform. The very issues I made clear would need to change have just changed – Germany surrenders austerity. However, I was pessimistic that such reform would be possible because of the political polarization. The answer appears to be creating a James Bond plot to save the world.

There are numerous political people who sold their stocks on insider information in the USA and Europe. I have detailed information about very high-level elites in Europe who were tipped off as well it appears for they also sold on the ECM turning point and it was not because they followed the ECM. It is curious that the sales took place at the ECM +- 2 days. They were not our clients. This does make me wonder if someone else used the ECM to target when to bring this operation into play.

We still have people justifying these powers arguing the virus will take off exponentially as if we will all die. It is this very type of scare-mongering which is providing the cover for the greatest political power grab in human history. This comes directly from the political playbook that has been around for thousands of years. The flight to quality is simply cash. Even the bonds had fallen as well as gold. This is the most drastic flight to quality ever. Normally, sell stocks run to bonds. This time they are liquidating everything.

« Something is Just Not Right Here
Is Bloomberg Behind the John Hopkins University Virus Map that Has Scared the World? »