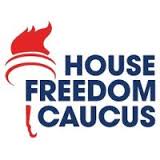 I have been warning that we are headed directly into the collapse of socialism; not capitalism, simply because politicians have been bribing people’s votes with all sorts of promises they never planned on providing. Social Security may have began as a good idea, but then the money was really just a tax and the fund was stuffed with government bonds denying the average person the very right to invest for his future as do the “rich” who make most money from investment – not wages.

The core of that crash and burn in socialism is pensions. The scheme of pensions when blended with politics is a lethal combination. Politicians are NEVER prosecuted for fraud. Had any employer promised what politicians did and then engaged in every scheme to circumvent it, they would be in prison or hung by a mob in the good old days of social justice. Today, we have politicians who are just so dishonest and they constantly feed the flames of class warfare to divert any responsibility for what they have done.

Examples are surfacing from every corner. In Ohio, beginning in 2019, retired cops and firefighters will no longer receive health care benefits through the Ohio Police & Firefighters Pension Fund. Instead they will receive a stipend to buy coverage on the open market. Why? Because the stipend can be fixed, whereas health care costs keep going up more than 5% annually with no end in sight. Health care is bankrupting the economy and is totally out of control.

Big Bang began in 2015.75, with the peak in government and everything has been turning down rapidly ever since with interest rates rising. Even Trump won the presidency effectively as a third party candidate from within the Republican Party. Nothing like that has ever happened in American Politics. Everywhere we look we see the world headed into more chaos with BREXIT and political insanity in Europe, to China regulating Bitcoin to stop the capital outflows.

The Freedom Caucus is out in never-never-land. While yes we are dealing with a debt crisis, their solution of blocking the debt ceiling increases and repealing Obamacare is frivolous. Why? Because it is just totally impractical. To block any increase in debt is to invite Big Bang, social unrest, and the high probability that the USA will be pushed into civil war (Special Report to be published soon). These types of measures will accomplish only bloodshed. We must begin the process of restructuring the entire system. Blocking payments and new debt is inviting the confrontation. It is not a realistic solution. Obamacare is going to blow up if it is not reformed and you are hurting the next generation between the Obamacare Tax and the Clinton scheme to deny them the right to go bankrupt of worthless degrees.

It is now just a question of when with Big Bang set in motion, will the whole Socialistic mess erupt and how will the markets respond? We will be looking at Big Bang and how to Trade a Vertical Market at the Hong Kong World Economic Conference in May.