At least 207 people were killed and hundreds more injured on Easter Sunday in Sri Lanka. Suicide bombers sought to kill Christians in a coordinated attack simultaneously targeting churches and luxury hotels. The explosions took place miles apart, and the targets included three Christian churches holding Easter services and three hotels. In addition to those who were killed, at least 450 were wounded, according to officials. Most, if not all of the explosions, were detonated by suicide bombers, according to the Sri Lankan Defense Ministry. 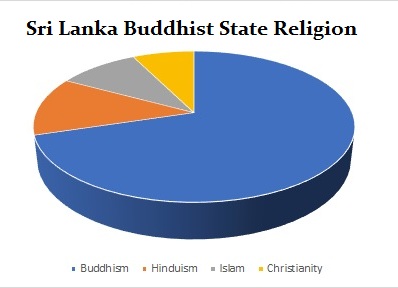 The more interesting aspect concerning this terrorist act is the fact that Sri Lanka is a Buddhist country, not Islam. The attack on Christians in a Buddhist country by Islamic terrorists raises the deep concerns that Christians will become targets anywhere and it would seem that this is perhaps deliberately trying to create a religious war.

« Persecution – An Economic Symptom?
Has the Freedom of Religion been Destroyed in France? »