Wikipedia: Fake News & Propaganda – A Tool of the Deep State? 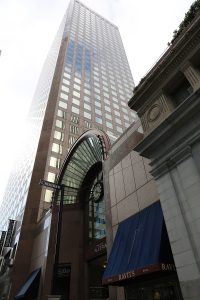 Wikipedia is a professional propaganda organization that allows fake news and outright illegal propaganda to dominate the internet. Most schools no longer accept Wikipedia as a valid source for citation in universities. The only areas where Wikipedia may be accurate are where the topics have nothing to do with a political agenda. Where there are any controversial political topics, current events, conspiracy theories, and biographies of people who are anti-government, then the fake news and outright propaganda dominate the sensitive pages. It is now clear that ever since the ECM turned in 2015.75, Wikipedia has been usurped as a political propaganda machine by the Deep State. Articles have been changing since the turn in the ECM. 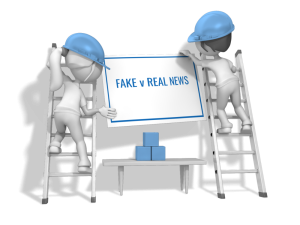 What is interesting is how Wikipedia circumvents the law because nobody really owns Wikipedia. They ask for donations that I would STRONGLY advise against. If you want to donate anything, leave them all your debt in your will. They deserve it. They claim that all editors are anonymous, so you have to go to court to fight to try to find out who is posting. Even their moderators they call “SysOps” are anonymous, which breeds secrecy and encourages fraud. They know they can do anything and cannot be sued for you do not even know who they are — the ultimate propaganda machine (black box).

If these SysOps dislike any edit or comment you make, they will block your IP so you cannot access it again to make any comments. That violates due process of law for you are not even allowed to know the person judging you. That is the structure of tyranny, and not freedom of any civilization I have ever known. They claim to be volunteers and therein lies the problem. Anyone “donating” their time can have an agenda funded by other sources and then Wikipedia asks for donations.

There are absolutely NO qualifications required. Absolutely anyone can apply to be an editor. They do not even verify their identities. Since they receive no salary, they do not need confirmation of who you even are. It is very clear that all of the intelligence agencies are participating. The only thing Wikipedia tracks is your IP and that can be faked. After these anonymous people make 500 edits without proving that they are even qualified on the subject, they become an “Extended Confirmed User”  and can become an “administrator” aka SysOps. Then this anonymous person can undo changes, block users, delete pages, and even edit pages that are supposed to be fully protected.

I would NEVER donate one cent, copper, or the copper-plated zinc imitation we now have. Wikipedia has to reform. This is way too dangerous in the world of fake news. We never know who is editing anything and that is not a very good policy since no one is ever accountable.