Why We No Longer Have Free Press

Here we have the people at the London FT and they are coming out in favor of Schwab’s World Economic Forum and “Stakeholder” Economics. They will NEVER publish anything to the contrary so there is no more reporting of news, it is all being orchestrated to support the Great Reset and the end of democracy. Note that they are very much against Trump and as such, they will never allow anything to appear in their paper anymore which is pro-Trump or anti-Schwab. They have surrendered their journalism and become propaganda marketers. 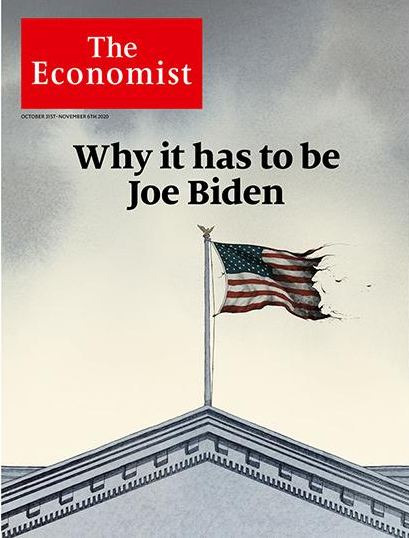 All the British Press which was also anti-BREXIT, have surrendered journalism which is reporting the facts for the pushing of this agenda. 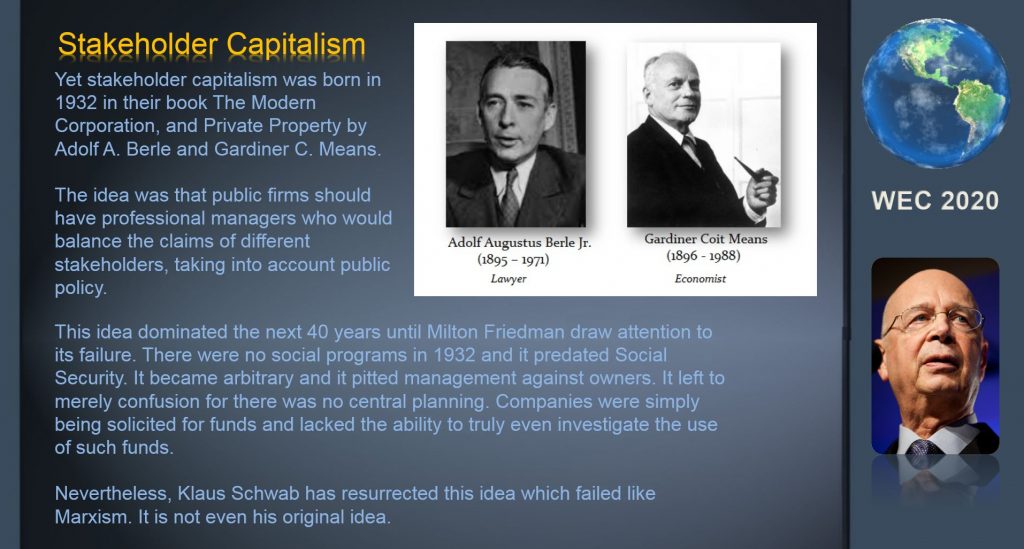 In advocating Stakeholder Economics they have clearly FAILED to do their research and they are advocating the abandonment of shareholder rights which defeats the very reason to buy stocks. Stakeholder Economics made its debut in 1932 BEFORE social programs existed. It proved to be a disaster and led to the worst-performing stock market in history.

Not until corporations began to abandon Stakeholder Economics after Milton Friedman’s publication criticizing it in 1970, did the market begin to perform. The low in share values relative to book value took place in 1978. This began the takeover boom of the post-1985 era. You could buy a company, sell its assets, and double or triple your money. 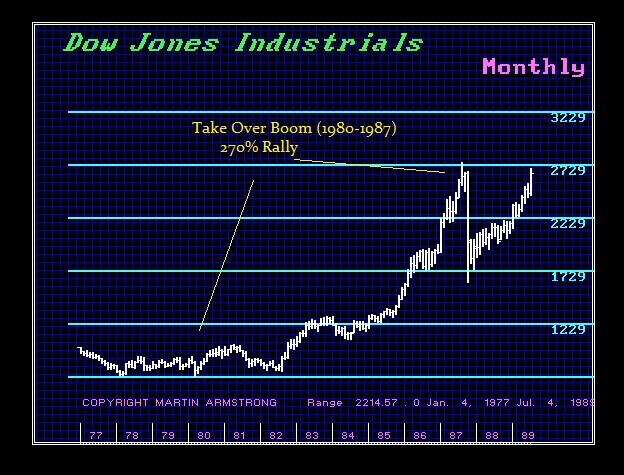 This was the end of Stakeholder Economics.