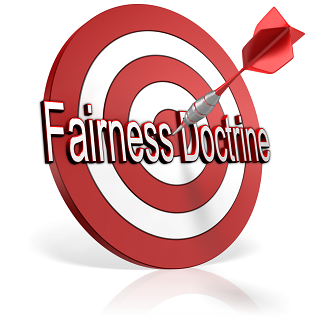 Trump should IMMEDIATELY reinstate the Fairness Doctrine in the media that once existed at the FCC. The Fairness Doctrine was a policy of the United States Federal Communications Commission (FCC), introduced in 1949, that required the holders of broadcast licenses both to present controversial issues of public importance and to do so in a manner that was — in the Commission’s view — honest, equitable, and balanced. The FCC eliminated the Fairness Doctrine in 1987 and in August of 2011, the FCC formally removed the language that implemented the Doctrine.

Expand this doctrine to print media – all newspapers! They lose their license if unbalanced and refuse to stop with the propaganda. Freedom of the Press is not the freedom to report only what they want in the way they want. If they claim to be reporting news, then it has to be the unbiased news. Opinion is for op-eds and they must report both views. STOP THE PROPAGANDA NOW!

Wonder how many journalists would end up behind bars?

The NY Post has emerged as the only real unbiased newspaper in New York City. It has repeatedly called out “American journalism is collapsing before our eyes.” Indeed, Journalists now come in near the bottom of poll ranking public respect for professions according to Gallup Polls. Indeed, the NY Post reported the truth that is so obvious to us all that the Media is more interested in hating Trump than reporting news. It’s time to clean up the press – not just drain the swamp. They swim in the same stench.