COMMENT: I think fake news is global and it definitely appears to be some sort of international manipulation of society. Here in Germany, it might be worse than there across the pond. We have fake news over COVID, now hiding the vaccine injury crisis. The press has its agenda. I guess they are like the North Korean military. They get free food so they lie and oppress everyone else.

I don’t see this is going to ever change. You are right. We simply have to crash and burn for these people will never report the truth. It always comes down to them against us. You are the legend and you have paid the price for that title.

PS Dubai may be the only place we can all get together again. Think about it! 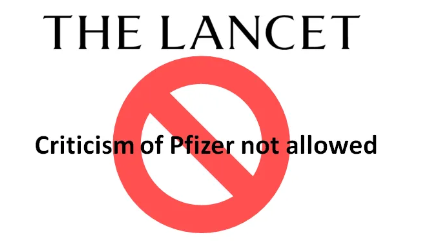 As pointed out by Norman Fenton and Martin Neil, The LANCET appears to have lost its reputation for independence and joined the crowd over COVID and fake news. As they pointed out in this article, on May 6th, 2021 “The Lancet published a blatantly flawed study of the effectiveness of the Pfizer covid vaccine on the population of Israel, claiming it was 95% effective.” Then on May 17th, 2021, Fenton and Neil submitted a rapid response 250-word letter explaining why the study was flawed. The LANCET refused to even publish their letter to the editor.

I did not get vaccinated BECAUSE I have worked with governments around the world. I have been called into just about every crisis since 1985 BECAUSE I understand the game, which is all wordsmithing. Once the government began pushing the COVID vaccines and locked down the world, knowing how politics works, I decided to hunker down and refused to get vaccinated for ONE MAJOR REASON! Once the government crossed that line and became authoritarian using COVID, I knew that there would NEVER be any accountability whatsoever. Now that people have been seriously injured by these vaccines, the government will continue to call it a conspiracy theory for they will NEVER admit a mistake or that they were bribed.

I was NEVER anti-Vax. My children got all the normal vaccines. Once in a while, I would take the flu shot. I know someone who thought he was getting a flu shot and they gave him the COVID vaccine and he became seriously ill. A lawyer I know took the vaccine so he could travel, got the blood clots, and now cannot fly. Now as the elite fly to DAVOS, they want only pilots who were NOT vaccinated.

The major medical industry has failed society. My doctor retired and a new younger doctor took over his practice. He asked me if I was vaccinated. I responded resoundingly – NO! He responded GOOD!. I suggest if your doctor just follows the crowd and the government, get someone else.