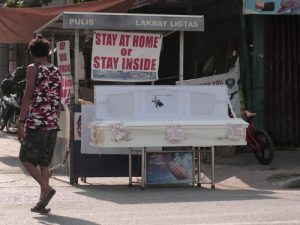 It’s incredible how quickly the media can spin the narrative. Two weeks ago, the media labeled anyone who dared to step foot outside as a psychopathic grandmother killer. Now, they’re urging the masses to gather by the thousands to take part in a revolution. 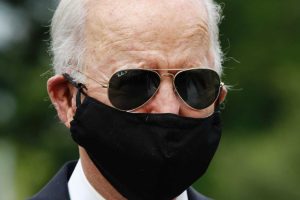 Even Joe Biden announced plans to attend the public funeral for George Floyd, with thousands of others, despite supporting harsh quarantine measures that ensured thousands died alone without a proper burial. A few weeks ago the media praised police officers as heroic frontline workers, only to quickly demonize them as the enemy.

The media has completely shifted their 24/7, 365, coverage of the coronavirus over to the worldwide protests and the racial war narrative. So, according to the media, I guess the coronavirus is no longer a concern.

The riots could not have come at a better time for Joe Biden. Days before the riots began, Biden famously minimalized a portion of the population by saying, “Well, if you have a problem figuring out whether you’re for me or Trump, then you ain’t black.” This coincides with the Democratic Party’s rhetoric that all minorities and women must vote for them instead of independently choosing a candidate. In fact, Biden recently told CNN that he felt the interviewer was “baiting” him to make such a comment. Then Ukraine quietly mentioned that Joe’s son, Hunter Biden, has been found innocent of all charges on the same day as George Floyd’s funeral service. CNN has released a news article claiming now would be the perfect time for Biden to choose a young black woman as his Vice President. Politicians will never allow a good crisis to go to waste.

« Is Gates Stupid or Very Clever with Vaccines?
Civil War inside Mainstream Newspapers »