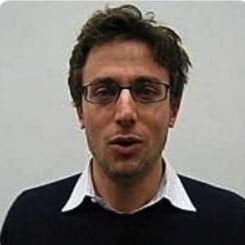 QUESTION: Dear Marty: OK, with all this stuff floating around about Russia, and Trump doing strange things on bedding can you shed some light from Behind the Curtain ? Are the establishment THAT SCARED that one of their own is not in power ? I have to say, I am totally disillusioned. The Press is Constitutionally protected, yet they spread lies and unfounded allegations… it is the US Press, not Russia which is shaking Democratic Institutions.

Look, In my opinion it is very easy to find out if the 17 Intelligence Agency report is fact, or opinion with one single question: ” What was your charge in writing this report?” The response be one or the other:

1. We were charged with finding out IF Russia phished the DNC

2. We were charged HOW the phising of Russia affected the DNC

The second question presumes that Russia did it, and the report is nothing more than pulling in pieces to support this conclusion. The first question would presumably include details to prove that Russia did hack. The BuzzFeed report is just totally out of line, and it is reported in the media like it is truth! ( say a lie long enough and it becomes the truth). So, please shed light on this if you can and throw us in the USA bone and let us know what Socrates says about the winner of the Superbowl.

ANSWER: BuzzFeed is really not a respected news source. Even CNN is trying to distance itself from BuzzFeed. Jonah Peretti is the founder and CEO of BuzzFeed. He is so biased that he previously signed an advertising deal with the Republicans, and then when Trump was the nominee, he refused to accept any advertising from the Republicans for Trump. He said, “We don’t run cigarette ads because they are hazardous to our health, and we won’t accept Trump ads for the exact same reason.” (see The New Yorker)

Even the staff at BuzzFeed flipped out when CEO Jonah Peretti Tweeted that Ivanka Trump said to him, “I’ve never seen a mulatto cock, but I’d like to!” in response to her saying she never heard her father speak with such vulgarity.

BuzzFeed has shown its true colors. It put out a memo with so many false statements it demonstrates that they are just unreliable. Yes, Donald Trump was there in Moscow at that hotel because they had the Miss Universe contest at that location. There is no evidence that the claims in the leaked report occurred during Trump’s 2013 trip, which centered around the Miss Universe contest in the Russian capital. There does not appear to be any truth to these accusations and they appear to be a desperate attempt to stop the inauguration. 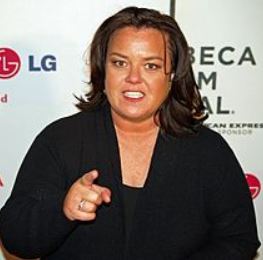 It is amazing how the some Democrats are refusing to yield. Rosie O’Donald claims there should be a declaration of Martial Law and Obama should stay in the White House until Trump can prove his innocence. “I fully support imposing martial law – delaying the inauguration – until Trump is cleared of all charges,” she said. That’s what she said in response to a Twitter user who suggested the U.S. military take control of the government until the president-elect can prove he  has no financial ties to Russia.

I have never heard any Republican ever call for the suspension of the Constitution because Clinton or Obama won. The country has always accepted the vote and moved on. This is just showing how very dangerous the world is becoming for these leftists are historically always the most violent people. Looking at our war model, I really have to say this gives me deep concern about what lies ahead with these types of people who will do and say anything to get their way. Then Elizabeth Warren vowed to delay all appointments to prevent Trump from accomplishing his agenda in the first 100 days.

Buzzfeed just joined the “not-ready-for-real-news-club.” You have to separate personal opinion from reporting. That’s why we have conferences. Our clients want to know what the COMPUTER says — not what I say personally.

All this nonsense is about cover for the real issue. There would be nothing to report if the Democrats were honest and did not try so hard to sabotage the Republican primaries. The Democrats ensured that Trump, who they thought they could beat, would be the Republican nominee, and they sabotaged Bernie to make sure Hillary would win their candidacy. Then there was the Russian hack into the DNC. This is like a bank robber blaming the police for getting there early and catching them. Had the police been two minutes late, they would have gotten away. This is the entire argument of the Democrats. Nobody is saying that 1) the election was hacked, or 2) that the emails of Podesta, which showed they even disdain Catholics and Evangelicals, were fake in any way. They even offered to pay fines to overturn the Electoral College. It’s their way or off with your head.

The entire issue: they got caught. They do anything and saying anything because the end justifies the means. That is the left’s motto. I really think they should all gather in California and separate as their own country. The rational conservatives should move to Florida where there is no state income tax, especially after the governor said, “Oops, we didn’t balance the budget after all — pay up!