Why Lock-downs are Unconstitutional 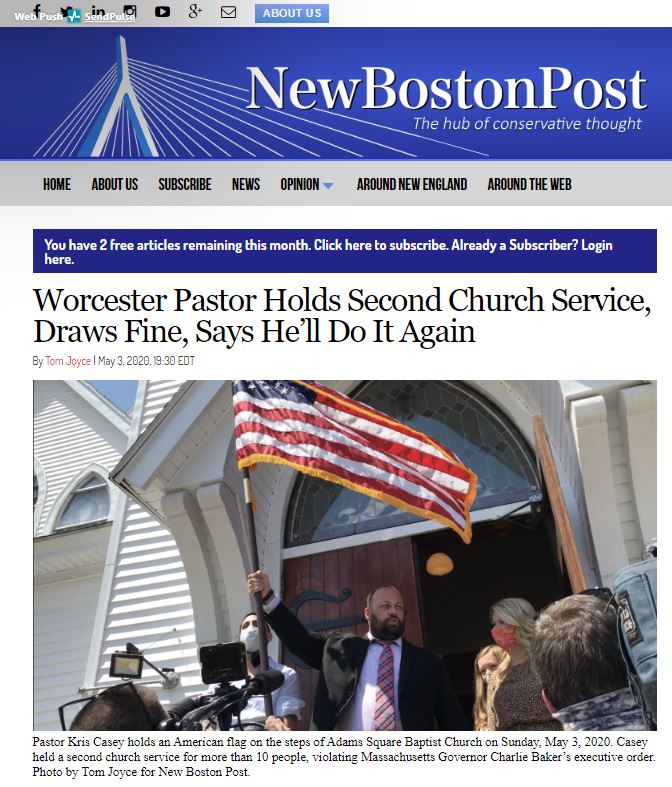 I believe Republican Governor of Massachusetts is unqualified for public office. He has no idea about the Constitution nor does he really seem to even care. The First Amendment is the Freedom of Religion and there is NO exception in there that allows for a lock-down anywhere including in the Commerce Clause. He imposed a law without justification that there cannot even be religious practices with gatherings of more than 10 people. The average age of people who have died in his state is 82. He licks the ground Bill Gates walks on and that is a very sad statement.

In Massachusetts Governor Charlie Baker’s executive order of March 23 limiting most gatherings to 10 people which included what the order calls “faith-based” events. The also imposed a $300 fine for not wearing a mask. Baptist Pastor Casey first held an in-person service exceeding 10 people on Sunday, April 26. On that day, the church encouraged people to stay six feet apart, offered masks and gloves to attendees, and required that they pass a temperature check to enter. None of that was sufficient for the governor.

This is the entire problem with the way laws are carried out in the United States and I STRONGLY urge people to write to Congress and to the White House to demand change! Congress can actually pass a law that say you MUST kill your first born on Friday the 13th whenever that occurs first regardless of the month. Nobody has any right to stop that law UNLESS they try to enforce it. Then you have to have the money to hire lawyers and go all the way to the Supreme Court. You are looking at way over $1 million for that exercise. 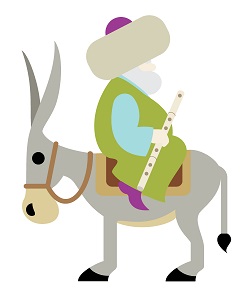 This is all ass-backwards. There should be a Constitutional Court set up where any law they pass MUST go to court BEFORE they try to enforce it. The burden should not fall to the individual to have to prove government is violating the Constitution. Until that takes place, there will only be injustice for those in power know that they can do whatever they want to you and will NEVER be held accountable.

« Stimulus Checks Sent to Deceased People
WHY is Nobody Investigating Bill Gates? »