What Happens when the People are Confronted by a Government Financial System that Crumbles before their eyes? 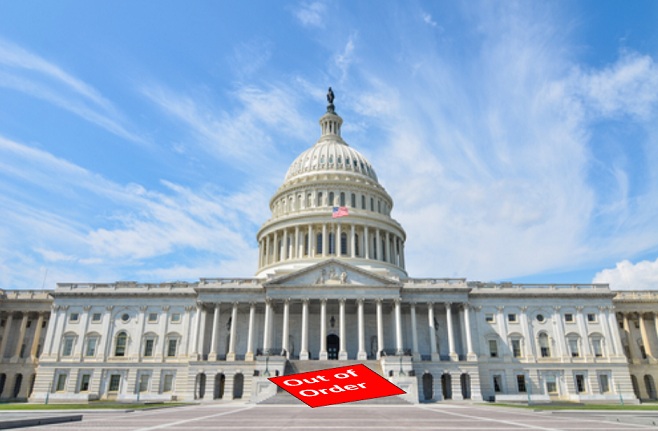 Congress has been out to breakfast, lunch, and dinner. The national debt keeps growing reaching around $23 trillion, yet Congress as an institution points fingers across the aisle toward the other party to always find a scapegoat. Both parties share the blame and neither party is ever interested in even discussing the problem no less listen to any possible solution. Congress is literally out of order. It is just broken and is beyond repair.  Congress passes measures to make it sound like they are addressing the problem, but when it actually impacts spending, like the spending caps, they suspend the measure quietly behind the curtain. Congress refuses to confront the issue of debt and politicians simply run always promising more goodies if you vote for them.

In health care, the issue of surprise medical billing (SMB) has become a top issue. Congress has, yet again, gotten it wrong. The solution for Congress is to push for price controls that will end up short-changing doctors and limiting choice for patients. Physician groups have been pointing out that the solution being proposed “could lead to market consolidation and artificially low payment rates.” The problem was created by insurance companies, yet the doctors and patients are paying the price. Nobody will address the insurance companies or the pharmaceutical industry. They always get special treatment.

The only way to ever address the crisis we face in debt and government is a clean-sweep with term limits. If it is one-time and out, then we get to call lobbying what it really is – an anti-capitalistic system of rebranding the age-old practice of bribery.

We are facing the ultimate collapse of the government because they will not address the problems. The Democrats continue to run with promises of freebies without any sense of how the system functions and never addressing the crisis in debt. Both parties simply see this system as never-ending. What we face is going to be a major shock when the public is confronted by a system that crumbles before their eyes. What comes after that is the real question: Freedom or Authoritarianism?