Something is Just Not Right Here 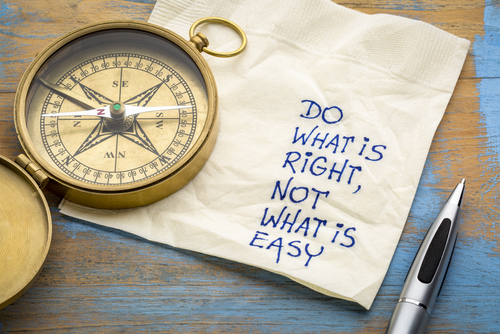 COMMENT:  Trying times.
The news just seems to keep getting worse. Not the actual news about the virus itself, but rather, the wake of destruction left behind the actions taken to “flatten the curve”. As a Californian, it seems like Newsom is spreading panic rather than mitigating it. My wife and I have been diligently saving for the future and are in a slightly better position to weather this crisis than many of our peers. But now the narrative seems to be we should expect 18 months of this state destruction of private enterprise. Im holding out hope that the slingshot is coming shortly. Which brings me to the question:
Would it be wise to go all in when the time is right?
By all in, I mean putting every penny we can find into the market (if we have anything left). I’m hopeful that we can weather this crisis but am also feeling that now more than ever we need to become self sufficient before the true crisis unfold. This seems like just a taste of what you have been warning about for many years now.
What is your suggestion for us lower middle class folk that still rely on paychecks to get by?
Thanks for keeping us informed. Just recently subscribed for pro level to stay up on when this slingshot will materialize.
You dont know how much you are appreciated as a voice of sanity and experience.
R

REPLY: The New York governor is locking down the state. You must be a critical business to be open. This really makes no sense. Even if 10% of the population got the virus and say 10% of them were to die, then we are at 1968 flu epidemic levels where 3 million people died. They did not shut down the world economy for that. There is another agenda here. There is no evidence that this would ever last for 18 months. All viruses peak out and it already has in Asia. So why 18 months? Something is just not right. It appears they are using this as a pretense to prevent civil unrest that they know is rising. Even if a journalist has doubts, the editors are blocking any contrary reporting. So much for the press doing any investigation here.

« What Happens when the People are Confronted by a Government Financial System that Crumbles before their eyes?
I was told – Read your Own Book! »