Governments to Control What You Are Allowed to Buy 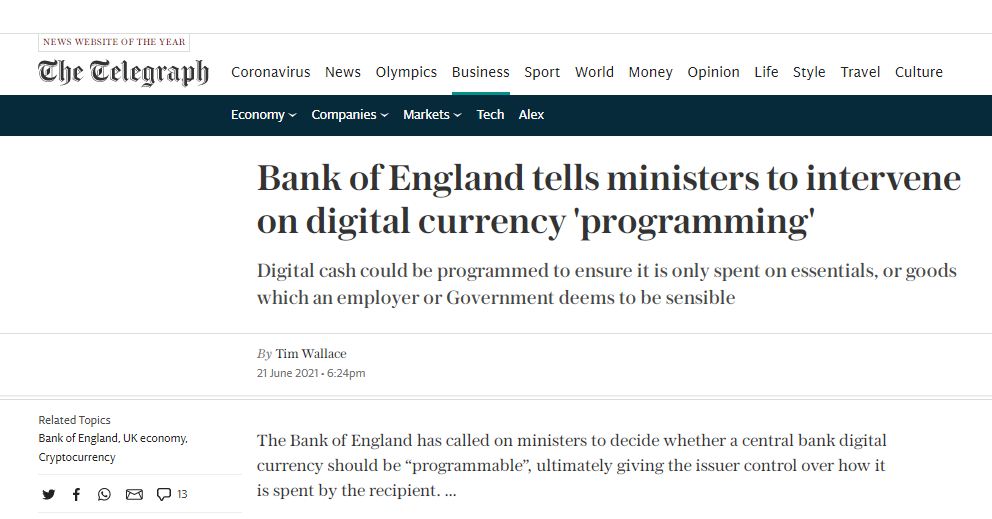 People are unaware that this drive of central banks to replace paper money with cryptocurrency is far more than they will ever comprehend as an end goal. Aside from the fact that governments could then impose a negative interest rate effectively confiscating money from your account in ADDITION to taxation, they are moving to do what many in the religious right see as the prophecy of the anti-Christ where you will not be able to buy or sell without his permission.

Indeed, the government can restrict what you will even be allowed to buy. They will control every aspect of your life beyond what the most demonized vision of the future might hold. These ideas will create resistance which will also be rooted in religion. Will you accept the number of the beast, or resist their commands? This is not something anyone would have dared to think that a representative form of government would have even talked about.