QUESTION: Dear Marty:
I have been reading you for over a decade. I notice a change in your attitude towards Bitcoin/Crypto. Initially, you were completely against it, now you seem to be neutral. Has something changed? We now have Futures, CBOE is coming out with an ETF, every major bank is thinking of entering the space. The G20 will soon come out with a supportive statement.
Thank you,
YA

ANSWER: No. I regard this as an ASSET CLASS for trading. That is distinct and separate from the claim it is a currency. Even Hyun Song Shin, the economic advisor and research director of the Swiss-based Bank for International Settlements (BIS), told Bloomberg that Bitcoin and other cryptocurrencies are “far from maintaining a monetary system” and “just pretend to be real currencies “. On that score, he is absolutely correct. This is like expecting Recep Tayyip Erdoğan of Turkey to stand up and say he is wrong and his policies have been disastrous for Turkey and he will put the good of the nation before himself, or the same in Venezuela, or the religious leadership in Iran. Currencies move into hyperinflation NOT because of the rise in the quantity, but because of the collapse in CONFIDENCE, that then forces the increase in the quantity of money to pay the bills. I suppose it’s the question which came first? The chicken or the egg?

You have to separate reality from fiction. That does not mean that Bitcoin is not an asset class. It just is not a currency that has any real footing within the economy. So there is NO POSSIBLE WAY any government will allow a PRIVATE cryptocurrency to replace a national currency. That will NEVER happen. However, I have previously stated that governments want to ELIMINATE cash for tax reasons. Only about 4% of transactions today are in paper currency, to begin with. The bulk of our monetary system is already digital currency that does not exist. The pitch that cryptocurrency will circumvent central banks and governments is just absurd. You have to separate PRIVATE from PUBLIC. That is the issue against Bitcoin.

The commercial banks that are looking at it are for non-currency issues of the blockchain. Goldman Sachs is looking to a custodian to hold money for cryptocurrencies to make money. But the sales-pitch that Bitcoin will become the reserve currency, replace central banks, and eliminate national currencies is really way out there. The FAX machine was invented by the Scottish inventor Alexander Bain who worked on chemical mechanical fax type devices. Back in 1846, he was able to reproduce graphic signs in laboratory experiments. He applied and received a British patent #9745 on May 27, 1843, for his “Electric Printing Telegraph”, but it took more than a 100 years to actually become usable. Yes, you can see the future and no doubt you could envision sending photographs around the world back in 1843. There is just a huge gap between technology and its implementation. Back in the 1960s when integrated circuit chips first appeared, it was obvious we would shrink a computer to fit on a desktop. The problem was trying to figure out what people would do within. Later Microsoft, Lotus, etc., figured out how to use it and the computer age began for the mainstream. We are NOT there yet in cryptocurrencies any time soon. 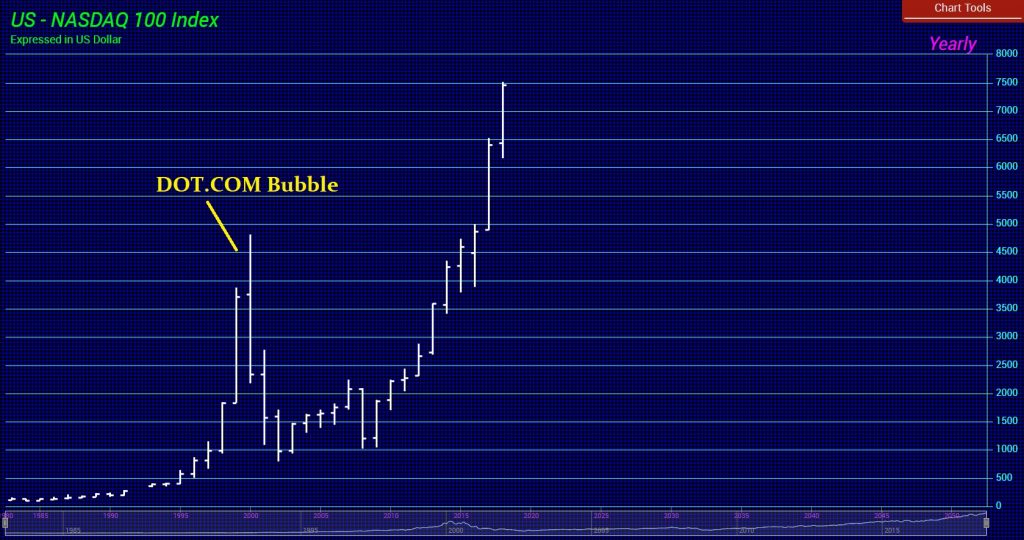 Can the economy move to purely electronic currency? The answer is NO – not yet. We may still be looking at that well AFTER 2032. India and Sweden have found it impossible to get away from paper money. There is a large segment of the population that do not bank no less own a computer or even a smart phone. The EU passed a law calling it everyone has a “right” to have a bank account, which was really a step to try to move closer to an electronic currency. You are looking at the basic requirement of a generational shift. As the older generation dies out, money will become completely digital, newspapers will see their last print, and paper books may be found only in a museum. Things always change – but not as fast as people think. The DOT.COM Bubble was all about the rage of how the internet would replace stores. The prices got ahead of the reality. Eventually, the technology changes the system. But it always takes time. Eventually, new higher were made and a more solid market emerged – with TIME!

Cryptocurrencies are an “asset class” meaning they are tradable with futures. However, that is a far cry away from being an actual currency that is legal tender accepted everywhere including taxes. We have included it in the markets analyzed by Socrates for that very reason. It is an instrument to trade. Just don’t marry the trade.

« Are Cryptocurrencies A Fictional Dream?
PRIVATE BLOG – The Dollar Rally »