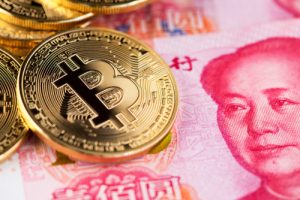 China’s National People’s Congress has passed a new law to create a digital yuan. Back on December 5, 2013, the People’s Bank of China (PBOC) took its first step in regulating Bitcoin by prohibiting financial institutions from handling Bitcoin transactions. They were using Bitcoin to get money out of China in a modern money laundering scheme. Cryptocurrency exchanges or trading platforms were banned by regulation back in September 2017. They closed 173 platforms by July 2018. As I have warned, governments will NEVER allow Bitcoin to replace a national currency. They have used it for study, but it only takes a pen to kill Bitcoin.

Therefore, cryptocurrencies will not be allowed to compete in China against the government. This will be the same worldwide. Countries will move toward digital currency to enforce laws and taxation.