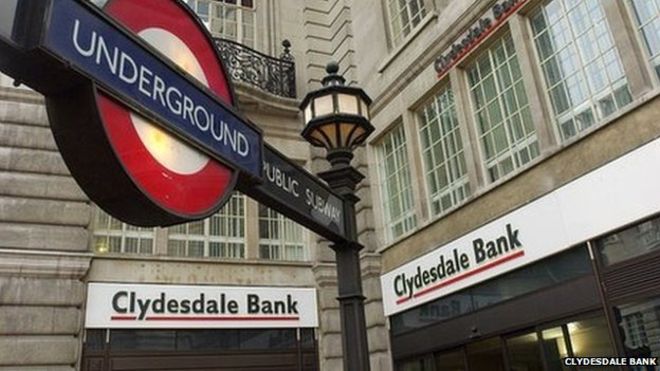 The story running around on Bitcoin.com news tells the tale of an individual who legally sold large amounts of cryptocurrency at a profit found that Clydesdale Bank decided to freeze all assets involving people who had been involved in cryptocurrencies. The man had no criminal convictions and had always complied with British laws on financial regulations and taxation. Nevertheless, he told Bitcoin.com: “My bank account has been blocked by Clydesdale Bank without any warning or explanation and my money frozen.” The bank manager said that the bank no longer wanted to do business with “that kind of people” who were involved in cryptocurrencies.

This is the problem that is emerging as part of the Hunt for Taxes. It is “assumed” that the majority of people who made money in cryptocurrencies never reported their gains. Whether that is true or not is really not the subject here. It is a “presumption” of guilt that is taking place. The very same thing took place with American outside the USA because of the law FATCA. It is not illegal for an American to have an account outside the USA. It is “presumed” he is not reporting his overseas income. Under FATCA, a foreign institution MUST report to the USA anything an American is doing overseas or THEIR assets will be confiscated in the USA. The risk that an American is not paying their taxes on an account at a bank in Europe then would subject that bank’s assets in the USA to be confiscated. The easy solution was to refuse to accept accounts of Americans – plain & simple. Hence – no risk.

Many banks are looking at the cryptocurrency world with the same tinted glasses. They fear getting caught up in a client who made a lot of money from cryptocurrencies and they get caught in the crosshair of tax agents who then say they should have known! Welcome to the PRESUMPTION OF GUILT when it comes to taxes. It is your burden to even prove your money is really yours AFTER taxes.