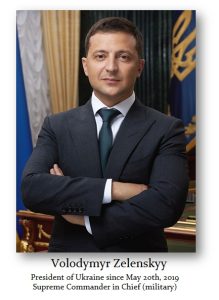 The pro-war People’s Deputies of Ukraine Party are using Western funding to line their pockets. It has been reported that the average paycheck went from 28,800 to 49,600 hryvnia, and taxpayers in other countries will pay for their raises.

This news came out shortly after CBS attempted to release a documentary that claimed weapon shipments from the US were frequently missing. CBS was forced to redact parts of the documentary, “Arming Ukraine,” after Ukraine’s government threatened them. The first report stated that 70% of the weapon purchases had gone missing, while another piece said only 30% of aid had arrived. “Since that time, Ohman says delivery has improved,” CBS backtracked. “We are updating our documentary to reflect this new information and air at a later date.”

“The weapons are stolen, the humanitarian aid is stolen, and we have no idea where the billions sent to this country have gone,” an anonymous veteran originally told reporters. He went on to claim that soldiers are receiving less pay while those at the top are lining their pockets. Zelensky continually claims that his country needs endless funds for the endless war. Where is this money going? Since WE are paying for the war, we deserve to know the truth.

« 94% of Baby Food Contains Toxic Metals
Nancy Pelosi: Inside Trader of the Year »