This COVID-19 has undermined the economy in a way where we will not return back to normalcy. The Washington Post and the New York Times just take the opposite view of whatever Trump does without any consideration of what they are reporting. The Washington Post has targeted Gov. Brian Kemp of Georgia, calling his reopening of the economy an “aggressive course.” They said he is some first-term governor, so he obviously doesn’t know what he is doing. This is no longer about the people or the country — this is becoming just hate politics.

These leftist media outlets make no effort to review the consequences of this shutdown. There is no investigation of how people have lost everything or that they expect 30% of mortgages to default. Trump wants to reopen and they simply argue the opposite. There is no investigation of the conflicts of interest with regard to these health organizations, and they place Bill Gates on a pedestal as the savior of the world.

The media portrays CO2 as evil as it causes climate change, yet they never report that there is a coronavirus-driven CO2 shortage that threatens US food and water supply. We need CO2 to clean water. Without CO2, this threatens the supply of drinking water. CO2 is also used in soda and beer production. Yet, they cheer Bill Gates and his object to get to zero CO2.

Then if you want to know WHO is deliberately trying to destroy modern society, just look at the WHO and the United Nations. The WHO has never had a peer review report to suggest that this virus would be lethal enough to shut down the world economy. The absence of this is critical. As protests are rising, they continually justify the continuation of a lockdown, which has become a tyrannical house arrest, for the sole purpose of destroying the economy so it can be rebuilt from scratch without CO2 or any regard for the human suffering. There will be far more deaths from this house arrest and the total destruction to all debt, both borrowing and lending, which will also undermine the entire banking system and pensions.

The WHO now claims in another fictional report that “maybe as few as 2% or 3%” of the population has antibodies in their blood, showing they have been infected with COVID-19. They continue to argue that the world needs to be locked down, ignoring the structural changes that have already ensured the world will NEVER be the same again. When we look at the actual data, 40% of all deaths in New Jersey have been in nursing homes, which Sweden locked-down. This does not warrant closing the world economy where more people will lose everything and Gates & the WHO could care less provided they get their end goal – climate change restructuring. 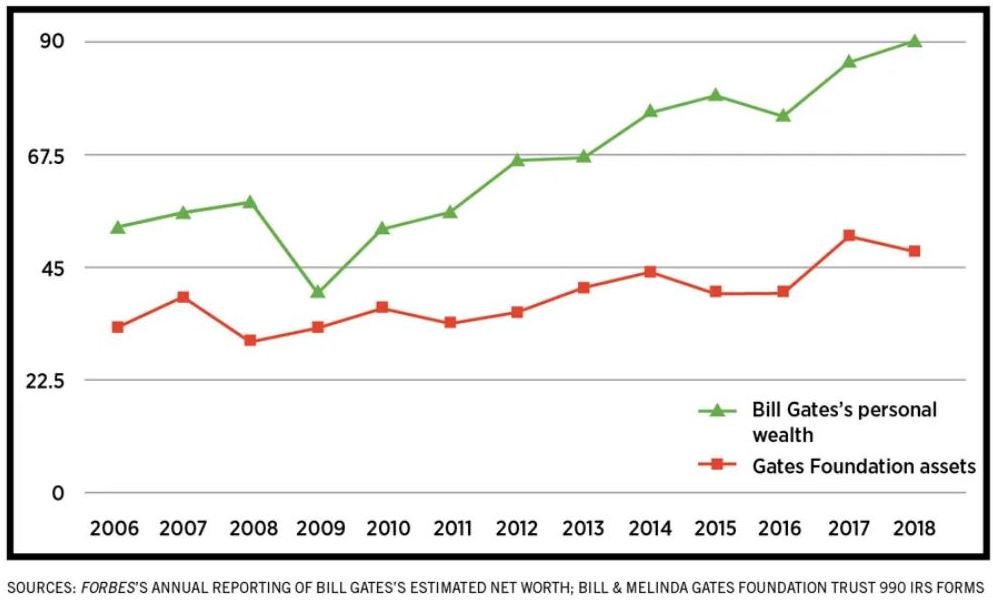 Bill Gates and his control of the WHO is outrageous. He has assumed control of the world economy and the leftist press protects him like a bulletproof vest simply because they hate Trump. Make no mistake about it, Gates profits from steering technology. There are serious conflicts of interest that the leftist press ignores and will NEVER investigate. The real question is why have the leftist press declared a war against the future of the nation and the people while ignoring the hidden corruption in many health organizations?

« When Will a Light Go Off?
What Gates & WHO Have Done to Third World Countries is Criminal »