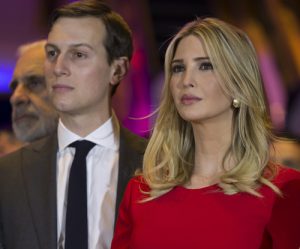 QUESTION: Hi Martin,
In your “Nepotism & Politics = Corruption” post you focus on the Dems. What’s your take on the Ivanka, Jared, Don Jr. nepotism seen in the current admin?
Best,
James
ANSWER: That is not Nepotism whereby they are working directly to advise a family member. Ivanka Trump and husband Jared Kushner are unpaid presidential advisers. The amount of money they could be paid is minimal in comparison to what they have. The corruption comes into play when a politician uses their power to get a family member a job which is paid. Make no mistake about it, the Republicans have done the same over the years. It is just that Hillary and Biden were very upfront and it involved foreign governments that violated the Foreign Corrupt Practices Act (FCPA). Doing that domestically would NOT be a violation of that law, but would violate domestic laws covering nepotism.

It was John F. Kennedy during his time in office that inspired the “Bobby Kennedy Law” or its formal name The Postal Revenue and Federal Salary Act of 1967. Congress prohibited ONLY hiring a family member who would work in the same agency to paid government positions (see: 5 U.S. Code § 3110. Employment of relatives; restrictions). A violation is of course not criminal. They merely have to return their salary.

There is also a loophole. “This section shall not be construed to prohibit the appointment of an individual who is a preference eligible …” Therefore, if the family member can be shown to be qualified more so than someone else, then they can be given the job.

In the case of Biden and Hillary, the jobs they secured for family members were outside the USA. If they did the same thing in the United States, they would violate the law.

Other presidents such as Woodrow Wilson, John Adams, and Ulysses S. Grant also gave family special jobs during their respective terms. A president who provides family members with government positions may raise many questions related to ethics, objectivity, and integrity. The question often turns on the qualifications.

The Treasury Secretary under Woodrow Wilson was William Gibbs McAdoo. While McAdoo was not a blood-family member, he ended up marrying Woodrow Wilson’s daughter in 1914.

Ulysses S. Grant was the worst of the lot. Three of Grant’s brothers-in-law held positions in the federal government as well as Grant’s cousin, Silas A. Houston, who served as the Ambassador to Guatemala. Grant also hired personal friends and associates for important government positions who were not particularly qualified. 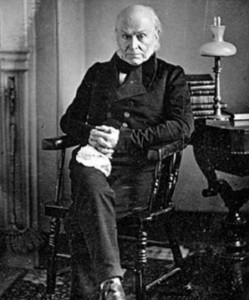 If you go back to one of the founding fathers, John Adams, you will see that he hired his son as secretary for his father during the negotiations of the Treaty of Paris concluded back in 1783. Later, he appointed his son to the position of minister to Prussia in 1797. This set the stage for John Quincy Adams becoming president from 1825 to 1829.