They Lie Just About Everything 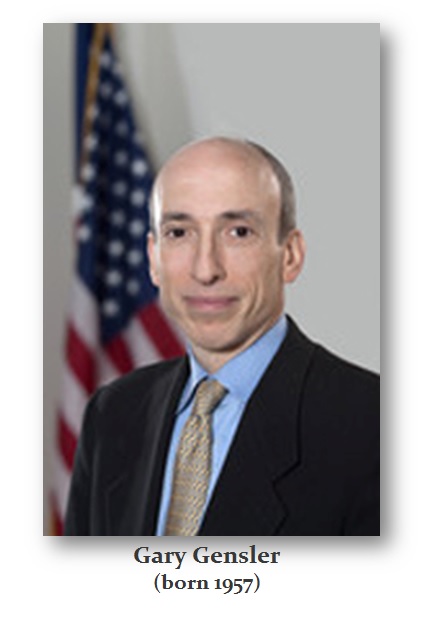 Gary Gensler, the Chairman of the SEC and, of course, a former Goldman Sachs executive, has been exposed to keeping two separate calendars of meetings. This may sound shocking, but it is pretty standard in our nation’s capital. Remember Hillary also used a private server. A Freedom of Information Act request will typically seek the calendar of meetings and address documents in the official capacity of their target. So if they keep a side venture personally, they get to hide that from 99.9% of FOIA requests.

Gensler learned these tricks since he was an Obama administration official, but also was Hillary Clinton’s 2016 campaign CFO. And let’s not forget he was an FTX associate. Then again, the head of the CFTC had nothing but praise for FTX removing all middlemen and effectively all regulatory supervisory in the process. Yes, you read correctly. CFTC Chair Rostin Behnam said at the Financial Markets Quality Conference at Georgetown University.

“This is a unique intersection of the crypto space and traditional finance.” “I think this is potentially – and I emphasize the ‘potential’ – another phase in the evolution of market structure, innovation and disruption.”

The world seems shocked that Gensler essentially had two calendars where he hid meetings with George Soros, Hillary Clinton, and Nancy Pelosi. The private calendar revealed these discrepancies when it was obtained by the energy watchdog group Energy Policy Advocates after filing a Freedom of Information Act lawsuit against the SEC. The destruction of evidence by the CFTC and SEC is not a rare event.

In my case, I had the standard phone recording in the financial industry and the tapes I had given for safekeeping to two law firms. They were enough to put all the top bankers in prison in a real land of law. I supposed they were looking for them to protect the bankers. There were tapes inviting me to join market manipulations, paying bribes to Russian officials, and so on. They went after my lawyers and threatened them with contempt of court imprisonment if they did not turn over the tapes. The one NY firm, Tenzer Greenblatt, perhaps informed the government they were holding tapes for me. 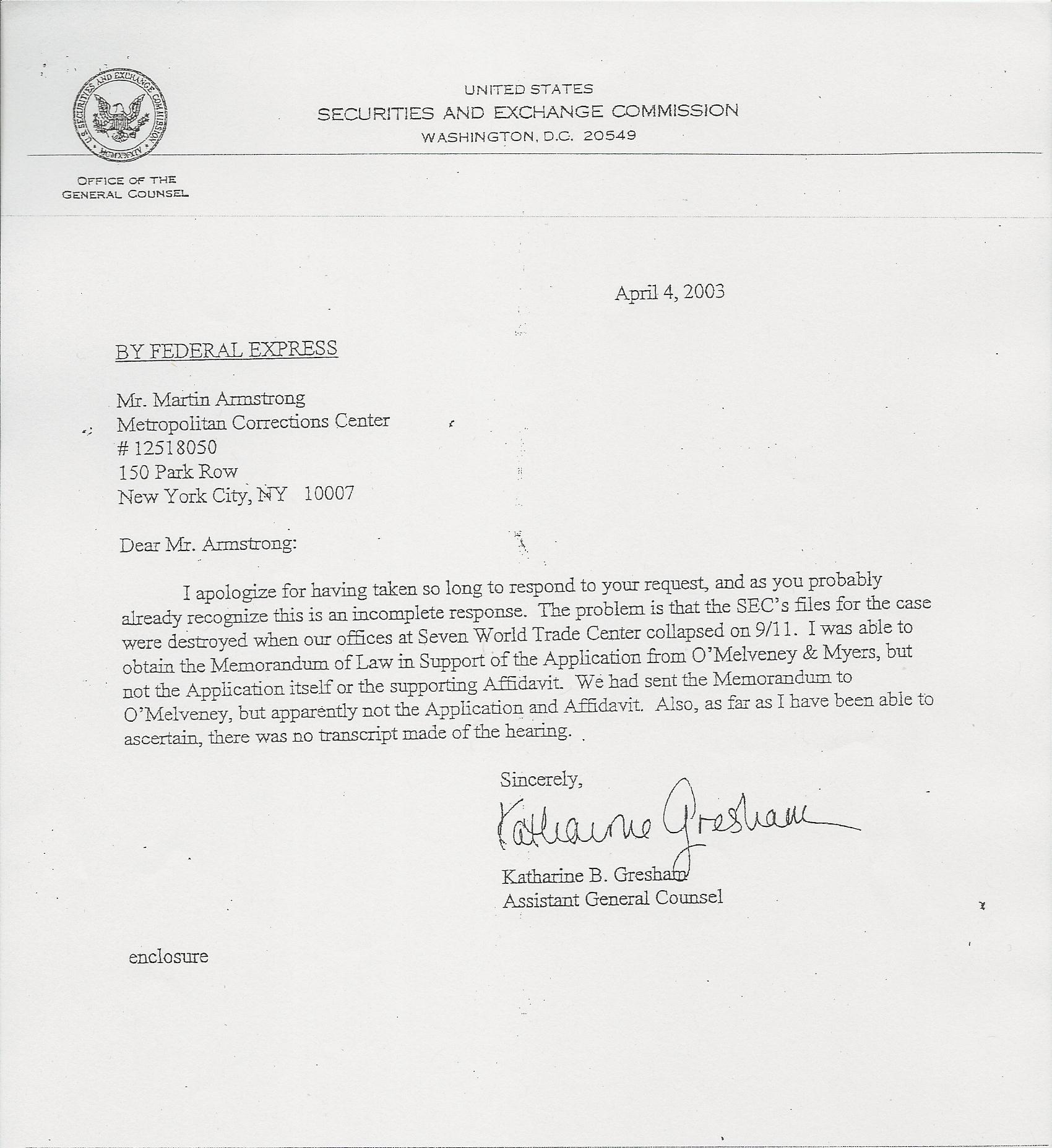 I stood up and objected to the turnover of the tapes (see below) for they had nothing to do with my case. When I told Alan Cohen that the bank stole the money, he simply said he believed the bank. NOT one mainstream press bothered to ask how could $1 billion vanish from a bank and they had no idea where the money was. It is impossible. There would have to have been a wire, a check, or some evidence of a withdrawal. Not one journalist asked that simple question – so much for honest journalism.

In the end, when I asked for copies of the tapes, suddenly the SEC claimed they were all destroyed in the World Trade Center and the bankers were protected. The court-appointed receiver, Alan Cohen, miraculously became a board member of Goldman Sachs, and the court then allowed him to remain as the receiver running my company from the boardroom of Goldman Sachs. Now, he is in the top brass at the SEC.

Why anyone thinks that any agency in Washington actually cares about what is right or wrong is seriously out of their mind. Once government grabs power, it becomes absolute. We are merely the grains of dirt beneath their feet. The banks have blown up the economy numerous times. They will pay $100 million fines to the SEC, which is really just their piece of the action. Nobody ever goes to prison. They bailed out AIG, an insurance company, but let Lehman Brothers collapse. Why? AIG would have taken down Goldman Sachs. Lehman was a competitor of Goldman. The entire system is so corrupt and the press will never report the truth. They might lose advertising revenue from the big banks in NYC.

Here is one audio tape that I found I had a copy of:

When I got out, I found one copy of a tape I had stashed in my mother’s basement. They withheld this from the courts and the press because it showed it was the bankers moving money around which I came to believe was actually money laundering. 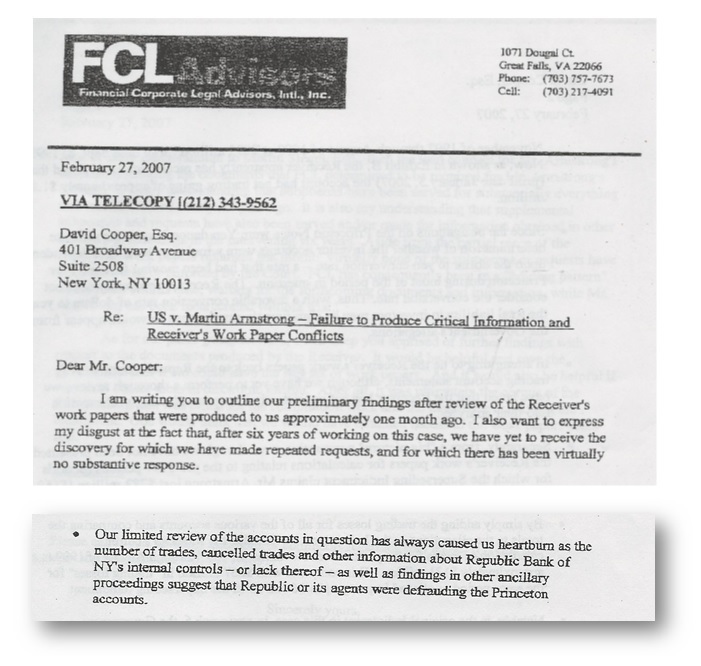 The Forensic Accountant never saw so many errors. Bad trades were stuffed into my account and then removed. If the money did not go back to the same place, they were using my accounts to launder money as was suggested to me they had been doing in Madoff’s accounts for the Russian Mafia and their own nefarious attempt to take over Russia itself.  And now they want us to die on the battlefield all for their lies about just about everything.