The Government Unconstitutional Manipulation of News 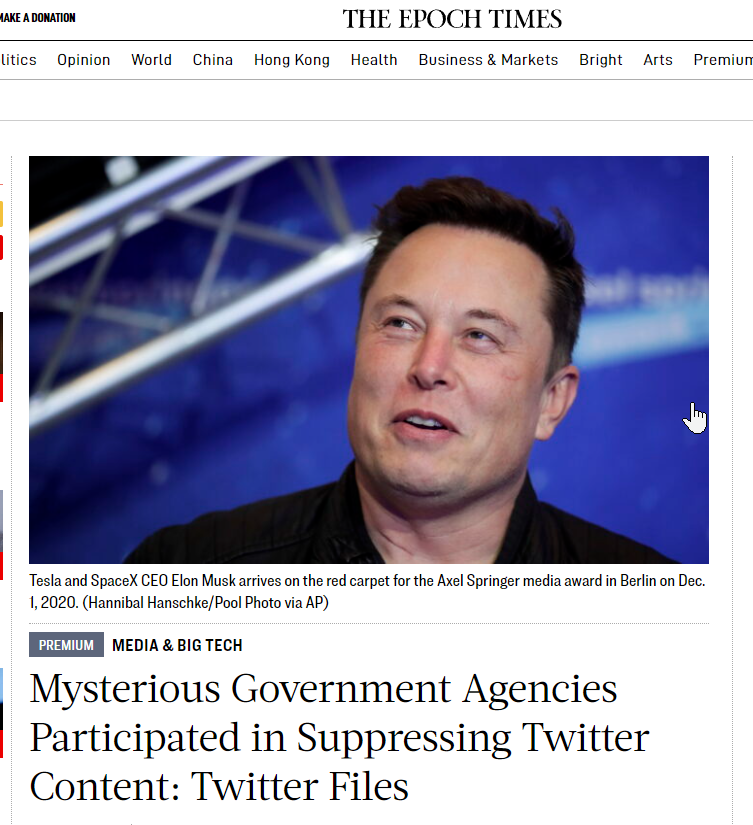 Perhaps you will recall when Edward Snowden exposed the truth that the government was spying on American citizens, they called him a traitor and wanted to imprison him for life or even execute him for revealing that the government no longer complies with the Constitution, which to them is only a guideline at best, and a scrap of paper written by right-wing extremists as they would be called today.

Absolutely NOTHING came out of that release and the government claimed it was Snowden who was risking national security. Now with everything coming out from Twitter, the same thing is taking place at YouTube, Google, Microsoft, Wikipedia, you name it. That little backdoor that Microsoft uses with these endless updates to see what you are searching supposedly for target advertising, you can bet your life that also includes the very same scheme.

And these are the people pushing us into World War III and they are desperate to misrepresent absolutely everything. Zelensky is destroying his own country and he will live comfortably with a golden deal with the USA when the final collapse unfolds in Ukraine if the US even survives. These people have no regard for human rights no less our constitutional rights. They think they will rule the world, but our computer shows they will destroy everything and they will not retain power. But naturally, they do not want to hear that. Thus, the do everything in their power to make sure the success of our computer is never covered by the press.

« Corruption to Keep the Game Going
Musk on the SEC »