The Break-in Not a Threat 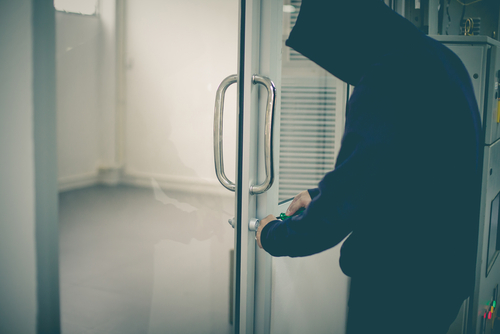 I hope you are well and enjoying your front-beach house in the Sunshine State.

1. Why your office was destroyed, on July 3rd?.

2. It was a threat to your work or to your person?.

ANSWER: No.  They just broken in it appears looking for system software. We do not keep anything in the office of that nature. Even the Socrates System, all that is on the web is the results – not the program. So they can hack all they want, the system is not accessible in such a manner.

Our office was not destroyed. They targeted our floor when there were banks and other operations in there which would have offered a better target. It was not a direct threat against me or the company. It was clearly an exploratory venture that yielded nothing.

I do not fear for my life. My problem was with New York, not Washington. New York banks control the Federal NY court (SDNY) and have used it to destroy any competition. REFCO, the Chicago Commodity Firm was charged and destroyed in NYC. Drexel Burnham was the Philadelphia firm where Michael Milken worked. It too was charged in NYC and destroyed. Frank Quatrone of First Boston did the DOT.COM IPOs. They were charged in NYC. You will find anyone who takes business from NYC is charged in NYC, destroyed, and then NYC banks absorb their business. It is a very carnivorous operation in NYC so that court is dangerously corrupt.

Compete with New York at your own risk.

When I have gone to Capitol Hill, I was introduced as this is the guy with model they were trying to suppress. The New York courts are the most corrupt in the nation. Judges can change the transcripts altering the words spoke in court in direct violation of 28 U.S. Code § 753.

“The Southern District of New York follows a practice that is unusual and perhaps unique…. The court reporter does not release a transcript to the parties until after the judge reviews, and in some cases corrects, it. …  Because the parties receive only a printed transcript that incorporates the judge’s revisions, the parties are not informed of such revisions.

Courts do not have power to alter transcripts in camera and to conceal the alterations from the parties.11  Given the issues that arose in this case as a direct result of this practice, there appears to be little justification for continuing the practice in its present form.   To be sure, a procedure that corrects obvious mistakes in transmission is useful, and the parties have little interest in closely monitoring such a procedure so long as the alterations are cosmetic.   Monitoring by the parties, however, provides some assurance that only cosmetic changes will be made or, if not, that changes will correctly reflect what transpired in the particular proceeding.   Moreover, there is little cost in informing the parties of cosmetic changes or at least of directing court reporters to give parties access to the original transcript when they request it.

Nevertheless, whether we have the power to order a change in such a practice is unclear.12  We review judgments, and our review of the convictions and sentences here may not be an appropriate vehicle for the fine tuning of this practice.   However, we invite the judges of the Southern District to consider revision.”

Other court reporters as in Virginia call it “improbable conspiracy” theory. They wrote: “Accurate trial records are essential in protecting the validity and verification of trial cases. This is why tampering with court transcripts is considered a serious crime.” They seem to have had inquiries but do not want to admit that in NYC Federal Court SDNY they are still changing transcripts and the court reporters do not sign the transcript swearing they are correct.