Taxpayers Have Been Paying for Sexual Harassment by Politicians 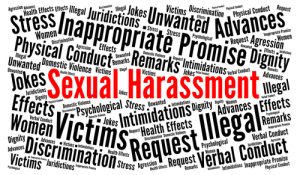 Believe it or not, those who make the laws have always excluded themselves from them in most cases such as insider trading in stocks to settlements for their personal conduct like sexual harassment.

At last, the House finally passed a bill that requires members of Congress to pay out of their own pockets for any sexual harassment settlements. Can you image that taxpayers have been paying for all the sexual abuse cases of politicians?

Vanity Fair published an essay by Monica Lewinsky in which she wrote that the question of whether her relationship with Clinton was consensual was “very, very complicated.”

“I now see how problematic it was that the two of us even got to a place where there was a question of consent,” she wrote. “The road that led there was littered with inappropriate abuse of authority, station, and privilege.”

In the Harvey Weinstein era, there is no question that you cannot have a sexual encounter with someone whose job is on the line. Bill Clinton’s pursuit of Lewinsky was unquestionably sexual misconduct. Paula Jones had said that Clinton sexually harassed her when she also worked for the Arkansas Industrial Development Commission back in 1991. Then there was Kathleen Willey who alleged that Clinton assaulted her when she was a volunteer at the White House in 1993. The third allegation of a person involving employment with Clinton was Juanita Broaddrick who alleged that Clinton raped her in a hotel room when she was volunteering for his Arkansas gubernatorial campaign back in 1978.

True, Clinton has denied all these allegations. However, the pattern of involving some work connection is clear and this is the conduct that is deeply concerning if taxpayers have to pay the bills. If there is no personal responsibility at risk, why not harass people sexually? That is the problem when the government pays for their misconduct, which would not be the case in the private sector. They go to jail (i.e. Weinstein potentially & then there is Epstein) and they pay their own bills.

« Civilization Dies When One Class Turns Against Another
Corruption & the Rich »