Soros is NOT Targeting the Dollar 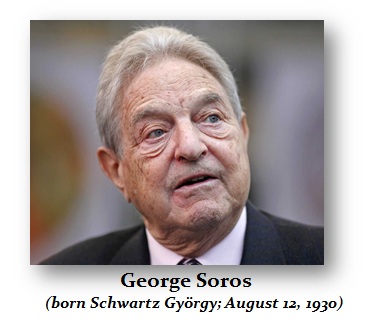 QUESTION: I believe there is a guy on YouTube ripping you off and claiming Soros is now targeting the dollar which he will destroy just as he did to the pound. Is Soros even capable of that? You said he was just the lead guy on that for the club. Care to comment?

ANSWER: Anyone claiming Soros is now targeting the dollar is absolute garbage. The entire pound issue was that it was a FIXED rate in the European Rate Mechanism. It was a cheap play. If you were wrong, you lost nothing because it was a fixed exchange rate. Soros would NEVER go against a floating currency. He would be wiped off the face of the Earth. This is total nonsense. If this is their sales pitch to buy Bitcoin or something, they could face 20 years in jail. It is totally FALSE advertising — PERIOD!