Playing with the Facts to Fool the Majority 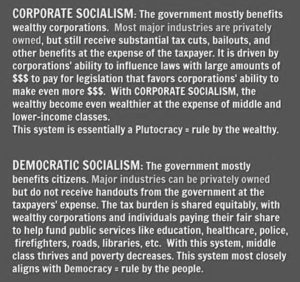 QUESTION: What do you say about the difference between corporate socialism and democratic socialism. Thank you. Its all the buzz among those supporting Senator Elizabeth Warren.

ANSWER: This is a very clever way of excusing the core issue. The Democrats preach raising taxes and then sell loopholes to the big corporations. The bankers donated to Hillary — not to Trump. This is a clever campaign assuming, as always, the people (the great unwashed) are just stupid.

Even a tax break to a public corporation that they claim is evil will NEVER result in lowering the taxes for everyone else. It is great propaganda. We run trillion-dollar deficits. They could NEVER raise taxes enough to balance the budget. That would destroy all their jobs.

The people who believe this nonsense will NEVER listen to the truth because they are the very type of people who believe only what they want to believe. That is a sad statement of fact. Just look at the presidential elections and you will see only 3 presidents ever had between 60% and 63% of the popular vote. Obama won 51.1% of the popular vote compared to Romney’s 47.2%. 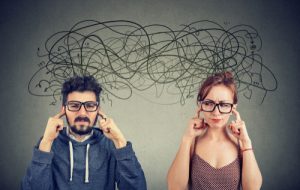 Obama did not have a mandate. They know that 45% of the people will vote Democrat no matter what you say and 45% will vote Republican. At best, there is perhaps 10% of the people who are free thinkers and will actually listen and make a judgment. The rest do not count for they will never listen to reason on either side.

We can eliminate corruption with TERM LIMITS. A flat tax should be imposed for it is unjust and a denial of equal protection of the law to discriminate for any reason including wealth. Then, public corporations should not be triple-taxed (1) corporate income tax, (2) dividend taxation, and (3) income tax of the share holder.

The majority of public corporations are owned by pensions of the people and whatever is made should simply devolve down to a flat income tax on the shareholders. Corporations provide the jobs that actually produce, while the government does not. I believe there should be no income tax. Societies did well without income taxes until 1913. Rome lasted 1,000 years without income taxes. The founding fathers knew that and prohibited direct taxation in the Constitution for it requires every individual to report to the government, which is wrong. Taxes should be returned to ONLY indirect. I think the founding fathers knew best. So those who will say I am crazy, well I suppose so was Thomas Jefferson and Ben Franklin along with Madison and Adams not to mention George Washington as well. Just maybe, they had it right and Marx had it wrong.