Bernie Madoff died on April 14, 2021, at the Federal Medical Center in the federal prison in Butner, North Carolina, of the US Bureau of Prisons. A cause of death was not released, but it was probably kidney failure.

In February 2020, Madoff had petitioned the courts for an early release from prison, stating that he had terminal kidney failure and his life expectancy was less than 18 months. But the US Attorney’s office for the Southern District of New York, probably the most corrupt in the nation, opposed, as always, saying that Madoff’s crime was “unprecedented in scope and magnitude” and is “sufficient reason” to deny Madoff’s request.

Madoff, the government claimed, was the mastermind behind a $20 billion Ponzi scheme — the largest financial fraud in history. Judge Denny Chin, who originally had imposed the sentence of 150 years, denied his request as expected from a New York judge calling his crime “one of the most egregious financial crimes of our time,” and one that continued to take “a staggering human toll.”

Madoff was arrested on December 11, 2008, for an alleged fraud of thousands of investors resulting in $20 billion dollars. Initially, there were some reports claiming it was $50 billion. The first strange thing was that Madoff almost immediately pleaded guilty three months later to fraud charges that were filed. That instantly ended the investigation whereby he could have put up a defense, demanding a trial, which would have dragged on for probably two years. The only reason to do so was clearly to protect other people. Most likely, his family was threatened.

“They had to know,” Mr. Madoff said. “But the attitude was sort of, ‘If you’re doing something wrong, we don’t want to know.’ ”

There is a law that requires the bankers to “Know Your Client” so there is absolutely no way the bankers did not know what the scheme was. I had received a phone call from a journalist I think by the name of Isabel Ring. She asked me a question. Did I think that Republic National Bank was laundering money for the Russian oligarchs “as they were doing in Madoff’s accounts?” I responded that I had no idea. I assumed they were “parking” illegal trades for themselves in my accounts, but I had no idea who they were doing that for.

There were extensive errors in the accounts that the bankers were moving money around without my knowledge. There was one trade that was about a $500 million loss in US government bonds. I called to question the transaction. I was told it was an error, and it would be backed out on Monday. To me, they were parking losses in my accounts over weekends and using my funds for their margin. They would withhold all exculpatory evidence from the courts and me to prevent anyone from ever reviewing the case and what the prosecutors were protecting. 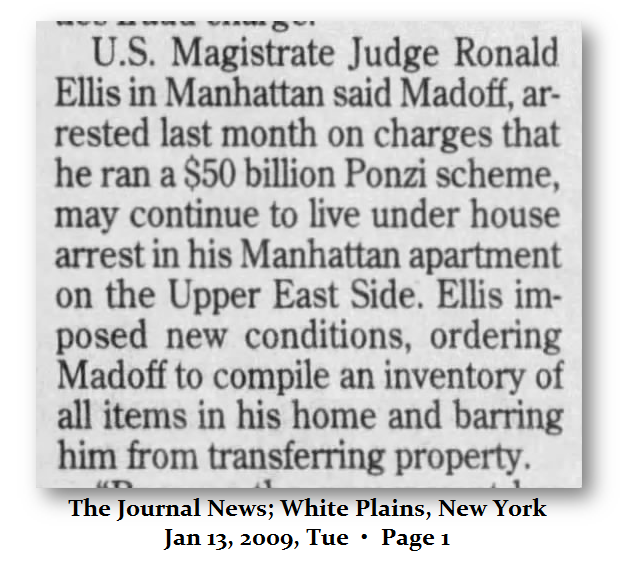 There was no journalist who would ever investigate the course or the prosecutors in New York City. They just print whatever the prosecutors tell them. That is where the fake news begins. Anyone in the industry knew that it was IMPOSSIBLE for Madoff to have pulled off a Ponzi scheme that was alleged at first to be $50 billion. Not only were the bankers complicit, but they were also most likely running their own scam using Bernie’s money. The ONLY reason he pled guilty was to protect others.

Threatening to kill you was the standard operating procedure for the bankers in New York.  I had tapes of phone calls that would have landed the bankers in prison if we had a real justice system. The prosecutors protected the bankers always. They wanted those tapes. Here is an excerpt of one.

Perhaps in Madoff’s case, they threatened his family to get him to plead to end any further investigation thereby protecting the bankers. In his case, his son Mark committed suicide and left a note to his father. Maybe now they have met and sorted things out up there.

Today, Madoff’s alleged victims are close to getting their money back. Irving Picard, the court-appointed trustee in the Madoff case, has recovered more than $14.4 billion of the $20 billion in stolen assets. Of that, $13.6 billion has been returned to investors so far. That includes the almost $850 million in cash advances to victims that were provided by the Securities Investor Protection Corporation. The latest distribution in February 2021 gave each customer approximately 70% of their allowed claim amount unless it was previously fully satisfied. Most of the money Picard’s lawyers have collected came through settlements with former investors who withdrew more from Madoff’s firm than they deposited. Even though many of these investors claim to have known nothing of the Ponzi scheme, the trustee sued them for benefiting from it. 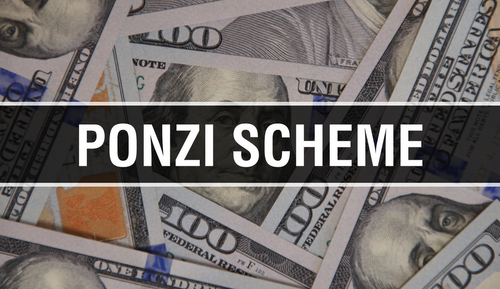 The definition of a Ponzi scheme is that there is no legitimate business. Charles Ponzi, the originator of the “Ponzi scheme,” was called the “duper extraordinaire” and “master and personification of the quick buck.”  Back in 1920, Ponzi was viewed as the shrewd miracle man of Boston’s Hanover Street district. Ponzi had promised his clients a 50% profit in 45 days. At times, the crowds that were fighting in line in front of his office had to be controlled by police. On busy days, it took 14 policemen to keep the crowds in order.

His famous scheme was to buy postal reply coupons in countries where foreign currencies had depreciated against the dollar. Under postal agreements, one could buy a reply coupon and send it to a friend, who in turn could take that coupon and redeem it for a U.S. postage equivalent on a fixed basis to pay for the “reply.” The scheme had its many critics who at least admitted that it was possible to profit in such a way, but they questioned whether or not one could make as much on the idea as Ponzi had claimed.

In essence, Ponzi was taking money from the second customer and handing it to the first, thereby creating satisfied customers to go around and honestly brag about how much they had made. Sooner or later, cash flow could not keep up with the payments and hence the scheme folded. In its wake, bank runs had been created and several of Boston’s trust companies had failed.

To this day, nobody actually knows when Madoff’s scheme started. No one has been able to prove when Madoff began his scheme and he himself has made contradictory claims about when the crime began. He told CNN Business in a 2013 interview that it all started in 1987, Later, he said the scheme began in 1992. Others try to claim he began as early as the 1960s which is absurd.

While the allegations were that he stole $50 to $65 billion, it came down to $20 billion in principal funds that were invested with him. He was not taking that money for himself but was taking funds from one client and paying out profits to another making it a Ponzi scheme because there was no actual business. He generated account statements telling investors that they earned returns worth a total of $65 billion, but those returns never existed.

The New York lawyers loved the case, for they have pocketed about $800 million in fees. The court-appointed receiver has charged almost $1 billion total in legal fees as of 2018. That was more than Madoff made for himself.

So far, the legal fees in New York City have been approaching $2 billion or 10% of the alleged missing funds. But there has been no word about the bankers. No charges were ever filed, as always, and there has been ZERO investigation into their role or if they allowed Madoff to run his scheme while they were running their own using his accounts.

This idea of taking money from depositors to protect the bankers is nothing new. In every case, the New York Judges in the Southern District of New York and the Second Circuit will ALWAYS protect the bankers. When I spoke to a New York lawyer and asked why bankers are never prosecuted, he simply replied: “You don’t shit where you eat!”

The Madoff case was the biggest cover-up in New York’s legal history. The lawyers have made nearly $2 billion and that does not count the fees lawyers on the opposite side charged the victims. NEVER will any journalist EVER dare to risk their career by ever reporting the truth. As for that journalist who called me, she never published the story.

« Woke Culture Going Insane
We are in Real Trouble »