If Vaccines are Safe Why Did Congress Eliminate Your Right to Sue Pharmaceutical Companies? 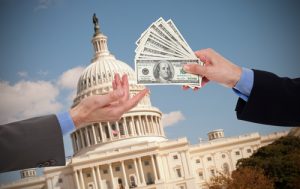 COMMENT #1: Thank you so much for your blog on “Pharmaceutical Companies & Buying Immunity”. We are dealing with the same laws trying to be passed in Oregon. There is so much hatred towards those that don’t fully vaccinate in our society. My brother-in-law (who is a MD) and his family will not visit us anymore because we have administered either none or very few vaccines on our three kids. It really feels like we are the Jewish people during WWII.

Thank you for speaking up!
DW
COMMENT #2:  Hi Martin,
I was wondering if you could comment further on the topic of vaccines. I’m personally very concerned about the way Democrats seem to purposely conflate the anti-vaccination movement with people who are simply against giving the state the power to enforce mandatory vaccinations. I am not against vaccines, I’m just against the PERVERSE INCENTIVES that come along with government mandated mass vaccination programs. Do you think they consciously lie when they group anti-vaxxers and anti-government types together, or are they just so stupid or ideologically blind that they can’t even tell the difference anymore?
From my understand the scientific rationale for mandatory vaccination is the theory of “herd immunity”, which argues that as many people as possible need to be vaccinated in order to protect those who can not be vaccinated for medical reasons. I have read criticisms of this theory that argue long term herd immunity can not be artificially induced through vaccinations, but rather only through natural exposure to infectious diseases. I don’t know what to believe, but I do know that it is easy to be skeptical of the scientific justifications for government overreach these days, considering the absurdly transparent motives and biases behind the so-called “science” of anthropocentric climate catastrophism.
It seems to me that the relationship between human immune system and infectious diseases is just as much of a non-linear dynamic system as other aspects of nature, and that the theory of artificially induced herd immunity may be based on a simplistic linear model of that relationship.
Thanks Martin,
CG

When the Democrats try to switch the debate and call these people anti-government, they are deliberately attacking the messenger because they do not want to address the crisis since all you have to do is follow the money. They are putting children at risk ONLY because the Pharmaceutical Companies have a huge lobby. The press will not defend the people. They should ask any politician who makes statements against the anti-vaccine movement if they accept money from any drug-related company or lobby.

The entire design of Socrates is based upon the realization that there are so many variables and combinations that attempting to reduce the economic prospects for the future to a single cause and effect is absolutely impossible. The same is true when you have this many vaccines. I was vaccinated and I had my children vaccinated. But I do not recall it being more than 10 basic shots like polio for example. There was no vaccine for the measles back then.

There are way too many combinations when you have 70+ vaccines and that creates a complete unknown that no drug company bothers to investigate. The drug companies have been relieved of ALL liability thanks to Congress. They can even deliberately kill people and never be charged or sued. That is UN-AMERICAN!!!!!

I drink probably 8 to 10 cups of coffee a day and will even have one by my bed at night. Caffeine has never had an effect on me but I have friends who get jitters on just a half-cup. We are all different and it is ABSURD to subject children to this without testing the combination of vaccines and what they may do to a particular child. Children have died and others have been seriously injured. Nobody is testing to see whether certain combinations of vaccines become lethal to some children.

If your brother-in-law is being such a brain dead person who refuses to listen, then don’t worry. You should not associate with that type of person anyhow. He obviously believes whatever the pharmaceutical companies tell him because he probably gets some sort of kick-back for making particular recommendations. There are plenty of economists who preach the standard nonsense and are never right.

It is very simple. If this was all nonsense, then there would be no need to run to Congress to get absolute immunity from lawsuits. That removes any responsibility for a product that does not apply to any other business. This like saying the bank can just take your money and you have no right to sue them. I doubt people would keep their money in a bank if that was the law.