Grasping the Future Unfolding Before Our Eyes

QUESTION: Hi Marty,
I write to you somewhat often. Never get a response on the blog. I was hoping you could respond to this one question to put my mind and the mind of other Americans at peace.
It is clear that Europe is falling to the Covid tyranny. You say that “they” will not win in the end in the U.S. So my question is, what is the fate of the U.S. Should I be leaving my career, selling my house, and moving to a self-sufficient farm? Will the vaccine become compulsory for everyone in the U.S. or are they starting to lose? In short, can you give an overview of Socrates’ predictions and the timeline for the U.S.? Will it devolve into WWIII or a civil war, and when is that predicted? Will they put the unvaccinated in concentration camps at some point? Will there be shortages in the U.S. that result in famine?

What do you think? You would be helping an untold number of people by responding to this in the blog. Thank you so much for your time!

ANSWER: I will try to put together a report for this overview. Europe is hopeless. Because they moved to negative interest rates in 2014, I warned them this would destroy their bond markets and undermine Europe completely. They refused to listen. Now we are seeing the consequence of those actions. This video is from an interview when I was in Europe back in 2018.

They are using COVID lockdowns, not for heath, but to crush the people into submission. They are following Schwab’s agenda — you will own nothing and be happy — pretending they are doing this for you when in fact it is the government defaulting on their debt. Europeans should put their money outside of the euro exactly as the Germans were using everyone else’s currency but their own during the hyperinflation.

Europe has no choice. The EU agenda has completely failed. This is why they have embraced Schwab’s agenda. To retain power and prevent the people from storming the palaces of the elite and parading their heads on spikes through the streets, they needed the lockdowns, destroy people’s ability to pay their debts, then sweep in with absolving everyone of debts as they default.

Schwab believes his Fourth Industrial Revolution will eliminate jobs through technology with robots and the creation of body parts. I believe he is trying to accelerate this so he does not die. But just like global warming, they are terminating fossil fuels now decades before there will be any sufficient replacement. They are destroying jobs on a grand scale in Europe also long before robots could replace a sufficient amount of the workforce. They are changing the world economy now while reading comic books of Flash Gordan and assuming that will be tomorrow.

The United States is a different power structure and Biden cannot do what European leaders are doing. This is why Soros is funding groups to try to destabilize the United States and this is most likely going to lead to civil war for he has been funding the polarization of America with the aid of the Democrats.

This idea of recreating the world economy when they do not even understand that it is the people who created the economy, not the elite.  Schwab clearly does not believe in God, like Karl Marx, or in nature. He thinks that the elite can direct how the future should be just like the Communists. People think that communism failed ONLY because they did not have the USA and Europe in the fold. 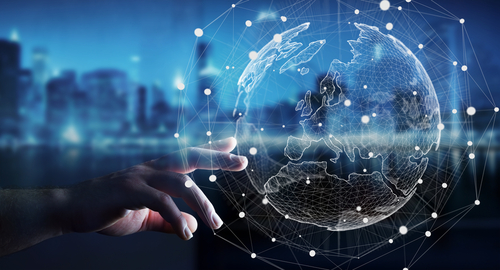 Such people reject the foundation of Adam Smith’s invisible hand and think they can decide, as the Communists did, what direction the economy should take from a bureaucratic central overview. That has been proven to be wrong so many times, but they refuse to give up because it is their power they cherish — not the people.

There is a revolution brewing in the country. They are deliberately undermining society in hopes of taking over the United States. I will provide a detailed report on all of this and why Socrates has forecast that they will FAIL. Let it be said, I have tried very hard myself to defeat Socrates. But I have failed every time. I did a Solution Conference in 2015 when I realized it was Schwab I was fighting against.