Fauci The Greatest Liar in Gov’t in History 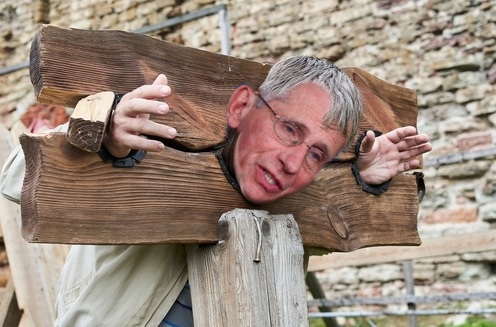 In my entire career of dealing with governments around the world, NEVER in my 50 years have I EVER encountered such a bureaucrat that is such a blatant liar. Anthony Fauci is worse than Mengele. He is deliberately putting the entire health of all humanity up at risk for it is IMPOSSIBLE to believe anything this pretend doctor ever says. Anthony Fauci has not seen a patient since 1968. In fact, after completing his medical residency in 1968, Fauci immediately joined the National Institutes of Health (NIH) as a clinical associate. So he has never had a patient and has NEVER had to look into the eyes of someone. He is simply a professional liar who only ever studied books and that is just amazing for his lack of experience. Note, when world leaders and the Queen of England all gathered, there was no social distancing and no masks and they certainly did not quarantine for 2 weeks upon arriving. It is always two sets of rules (1) for the elite and (2) for us the Great Stupid Unwashed. He is now saying schools to mandate vaccines for children is a “good idea“ when the FDA has not approved this for children.

Fauci is pushing not just the Great Reset, but Gates’ entire agenda most likely not informing Biden that he is assisting a foreign entity in violation of every principle of law, yet they called Snowden a traitor. Fauci has been aiding the World Health Organization and the United Nations to actually take over the United States. The Gates and Rockefeller Foundations have funded the WHO is creating  COVID passports but the objective of this is to create a database and eventual DNA record of the entire world population that is not limited to just the COVID vaccine. They are recording everything about you and your entire family right down to sexual preference. Gates has been doing that in India. He wants to violate all our human rights and illegally seize all our health records and is counting on Biden to do just that. Even the CIA has warned its employees about helping foreign entities. Moreover, it is now common knowledge that Bill Gates has major shares in both Pfizer & BioNTech, and he has been the primary funder of the MHRA.

Babylon Bee’s article on Fauci debating 17 versions of himself is precisely our problem. This guy is now the Medical Adviser to Biden and that says it all. We have an incompetent president being advised by an outright liar who constantly changes his statement pretending what he says is infallible science when NOTHING he says is ever anything more than the opinion of the moment when he is told what to say now from foreign sources. From the outset, masks were useless. He said that point-blank. All the studies from the 1918 Spanish Flu concluded masks were useless. A lawsuit has been filed against CDC and others on the ground that this is discrimination. Now masks and social distancing are political tools so Gates can prevent gatherings to rise up against him.

FAUCI has exaggerated and misrepresented this entire pretend pandemic for Gates and associates. Studies from Israel show that 50% of the people in the hospital have already been vaccinated. Countless reliable analyses outside the USA show that Fauci is simply lying about everything to further this Great Reset. He is not just taking money from Gates, but he appears in Schwab’s World Economic Forum video preaching communism that inequality is our biggest problem. Just as the United Nations would not allow any country to speak at the Climate Forum if they disagreed,  this new age of censorship that exposes the lies and corruption being pushed by Klaus Schwab’s World Economic Forum is exactly how the communists acted to take over China and Russia. They would also just outright kill people who opposed them. 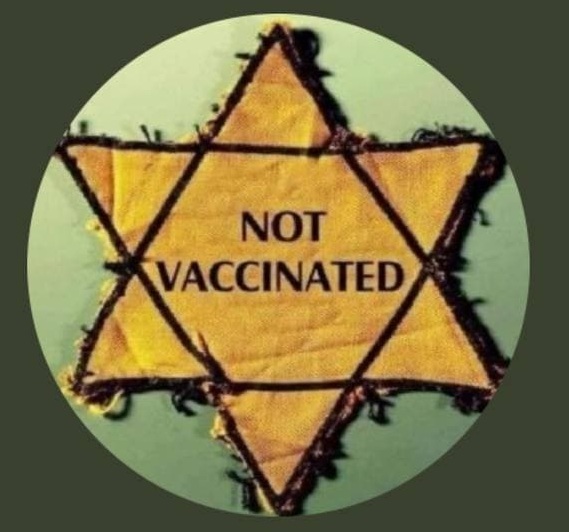 In Canada, they are even trying in BC to deny people the right to vote if they are not vaccinated under the pretense they cannot go to a public place. Indeed, this is the ultimate way to rig an election. They will no doubt try that one in the United States and perhaps that will be the point when it comes down to the 1950 film – Annie Get Your Gun. Just as they ask what if someone had killed Hitler which would have prevented World War II, they will be no doubt asking the same questions about Gates, Soros, Schwab, and Fauci.

There has been NO death which has been CONFIRMED that anyone died of COVID. Like the Flu, it complicates preconditions but there is no indication that someone in perfect health has died of only COVID. In Germany, a report has shown that  “Corona in 80 percent of the official Covid deaths probably not the cause of death.” (DWN; 8-31-21).  Reuters reported that 94% of those who died with COVID were due to other causes. I have been unable to find a single death that was EXCLUSIVELY COVID with no other complication. Nevertheless, they are using COVID as discrimination to isolate the opposition just as Hitler did with the Jews. Gates is creating his global passport that is more than just COVID and will restrict all movement and in the end, even the right to have children since his #1 goal with the Rockefeller Foundation is depopulation.

Fauci has the audacity to say that COVID would be defeated if everyone was forced to be vaccinated. No coronavirus can ever be eradicated because it will also reside and mutate in animals. He knows that. This is an outright lie! When will the medical profession and the press defend humanity?

I for one, have had enough of this guy. I pray for a real government of the people and for the people to take over the White House NOW. This is completely out of hand and there is a sinister plot behind this to create an international database to restrict all movement. This is a very dark day in human history.

Personally, I will no longer do business with any company that mandates vaccines or they will fire their employees. I will be canceling access to our services for any such company. Here in Florida, I do not have to wear a mask and few people do. I went into one store and the girl did not have a mask, then I went to lunch and the waitress did not have a mask. Only when another waitress walked by who was wearing a mask did it dawn on me that these two people did not wear a mask. So I thanked the waitress and gave her a 100% tip for not wearing a mask. For a moment, it was like nothing had happened in the new world of Gates.

Many people are just quitting if they can find other employment. We have the power – read Ann Rand’s Atlas Shrugged. They have nothing if we refuse to work. Others are boycotting businesses that mandate vaccines. Others are rising up. In Canada, they have forced Trudeau to cancel events because of the rise in protests. The EU has used this excuse to turn Europe into a prison camp. They are denying travel to the United States. Europe will break apart. The north is rejecting COVID as a serious disease. Resistance is Not Futile.