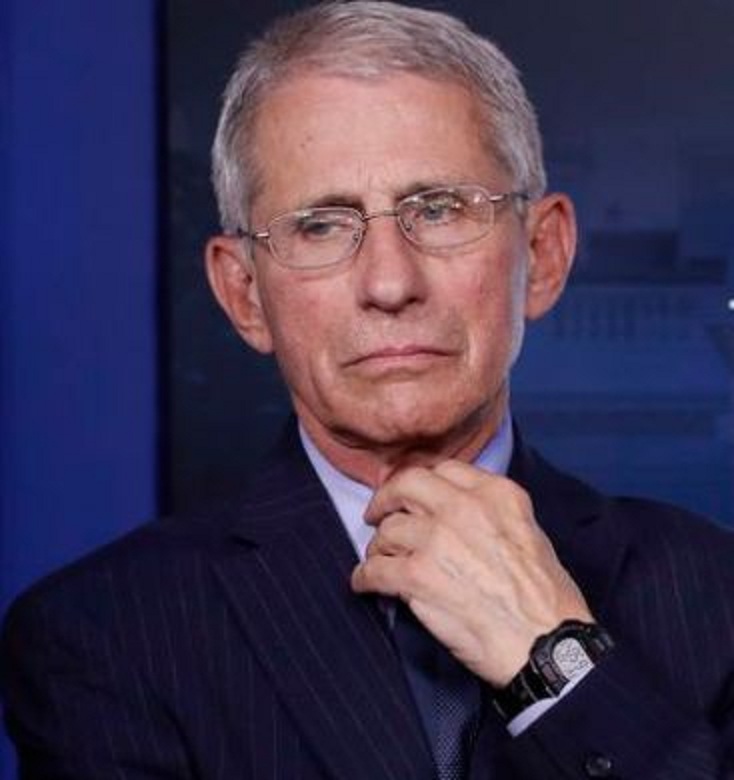 QUESTION: Mr. Armstrong; How can the White House flat out say there is no circumstance where they would ever fire Fauci? You were I think the first to come out and say this was not a bioweapon and that this was orchestrated. The emails of Fauci show you were correct. Why the cover-up? Why at White House press conferences nobody is address the emails?

ANSWER: I think Tucker Carson did a reasonable job on putting together the Fauci emails. Biden’s slogan was BUILD BACK BETTER which was created by Schwab’s World Economic Forum. This is way too integrated and Fauci is a stooge. I do not believe he is the brains behind this operation. The problem with Fauci is he really just makes up whatever needs to be said at the moment. Republicans are now set to grill him over his inconsistent testimony before Congress.

There are plenty of corrupt politicians both Republican and Democrat. Yet they don’t keep changing their statements every time they speak. Fauci is a bureaucrat and he does not have to be elected so he has never worried about his statements. Now, they are all coming back. This is not a partisan issue. You are either honest or not – for the people or not! I don’t care which party you are in.

I was invited to Schwab’s private New York City debut of his movie – the Forum. While he was cordial and I thanked him for the invite, I felt the movie was supposed to be about his accomplishments. Instead, I found it very strange that he gave center stage to Greta Thunberg. It was really the launch of this entire plan to bring about the Great Reset back in 2019.

This entire elaborate scheme is global. There is no way the Biden Administration can allow an investigation into Fauci’s contacts for it would lead to Gates and Schwab. The very best that can happen is for Fauci to suddenly retire because COVID is now under control. He slips off stage and they can keep the scheme going. The entire Biden Administration is on board with the Great Reset. Why do you think people are canceled and they just immediately label any suggestion of a connect a conspiracy theory so they never have to investigate.

Nearly 80,000 people were defendants in federal criminal cases in fiscal 2018, but just 2% of them went to trial. The overwhelming majority 90%+ pleaded guilty instead, others die in prison. The portion of the annual caseload attributable to immigration cases has increased from 18.6 percent in the fiscal year 2002 to 34.9 percent in the fiscal year 2011 and it has risen to its highest under Obama. These are typically not conspiracy since the proof is the person being here. Most drug cases are conspiracies as are just about everything else except perhaps gun possession. The government prosecutes conspiracies because they DO NOT HAVE TO PROVE the crime. They threaten someone to testify against his friends and if they did something all his friends are guilty of simply “agreeing” with him.

The #1 way the government prosecutes crimes is by CONSPIRACY yet if you raise that question against the government, it is dismissed as nonsense. So much to this “equality”, they say we need. By the way, the Declaration of Independence plainly accuses King George III of protecting his agents, as the government is doing right now, ‘’protecting them, by a mock Trial, from punishment for any Murders which they should commit on the Inhabitants of these States’’ so you see – history always repeats because those in power ALWAYS abuse that power as we are witnessing one again.

This goes deep into the Administration. Fauci is just the tip of the iceberg. Then there is John Kerry who is in charge of climate – the guy with private jets?