COMMENT: Less than 48 hours before election day in New Zealand, Facebook has closed the account of Advance NZ/PP party.
Front man Billy TK has called out the incumbent labour party’s anti-sovereign, globalist agenda and is against lockdowns and the covid narrative. He has also called out the appalling track record of the Ardern “be kind” government on poverty, and has risen to the occasion to support the poorest in this election. One Advance NZ manifesto item is an enquiry into 5G. 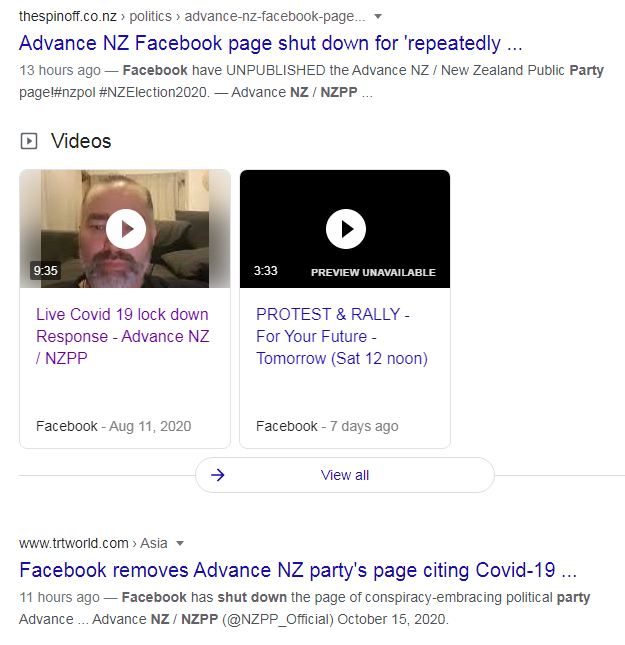 A brief search brings up nothing nice about Billy TK or the party, and now, FB take down their page. A recent ASA ruling against campaign material looks to me to be possibly political, due to making questioning of the pandemic response a matter of ‘social responsibility’. Rumours were also circulating at one point that their electoral admin was not in order.
Putting it all together this all seems a little fishy to me.
KVDP 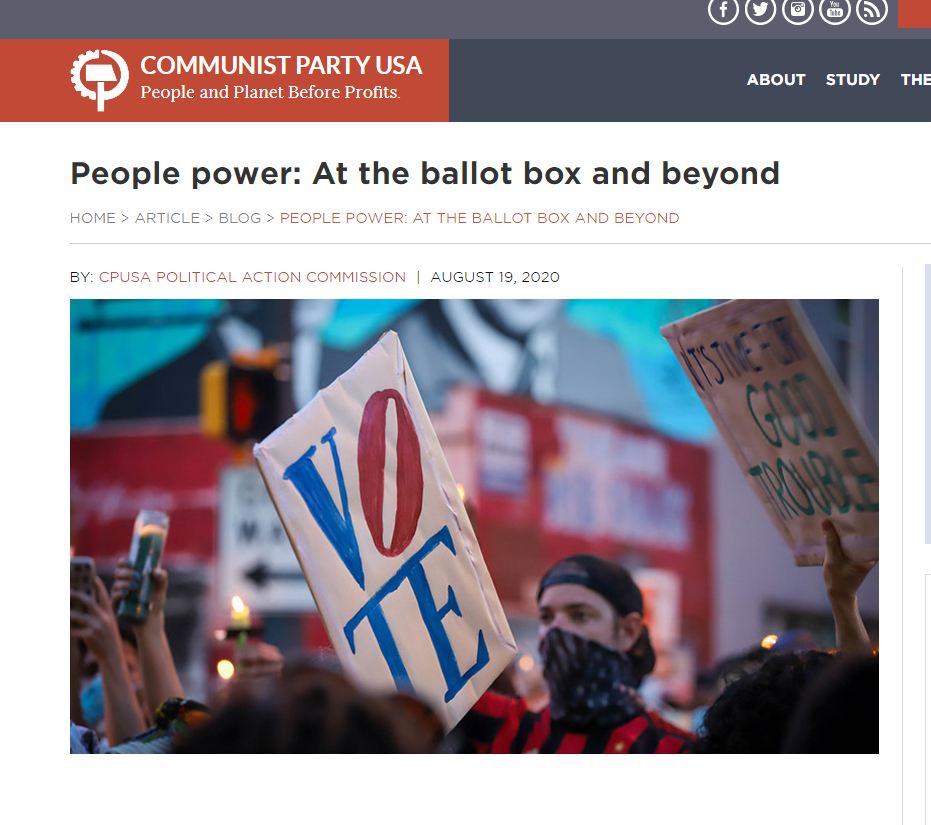 REPLY: This certainly warrants investigation. Even if the guy is a communist, they will still be on the ballot and have an ABSOLUTE RIGHT to be there. Zuckerberg is now over the top and is acting against Democracy. In the United States, there is also the Communist Party. They are on ballots. They have also an absolute right to be there. You can click and go to their site. I may disagree with their point of view but I cannot deny them the right to be heard.

Even Due Process of Law is based on the Biblical account of Cain and Able. Cain murdered his brother Abel and God still gave him the right to be heard. And the Lord said to Cain, “Where is Abel your brother? And he said, “I do not know: am I my brother’s keeper?” And the Lord said, “What have you done? Listen! your brother’s blood cries out to me from the soil. And so, cursed shall you be by the soil that gaped with its mouth to take your brother’s blood from your hand.”

This is the right to be heard which Zuckerberg and the rest of these leftist social media moguls who always seem to oppress others fail to understand. What they are doing is an affront to all humanity and they are showing they do not believe in Democracy. 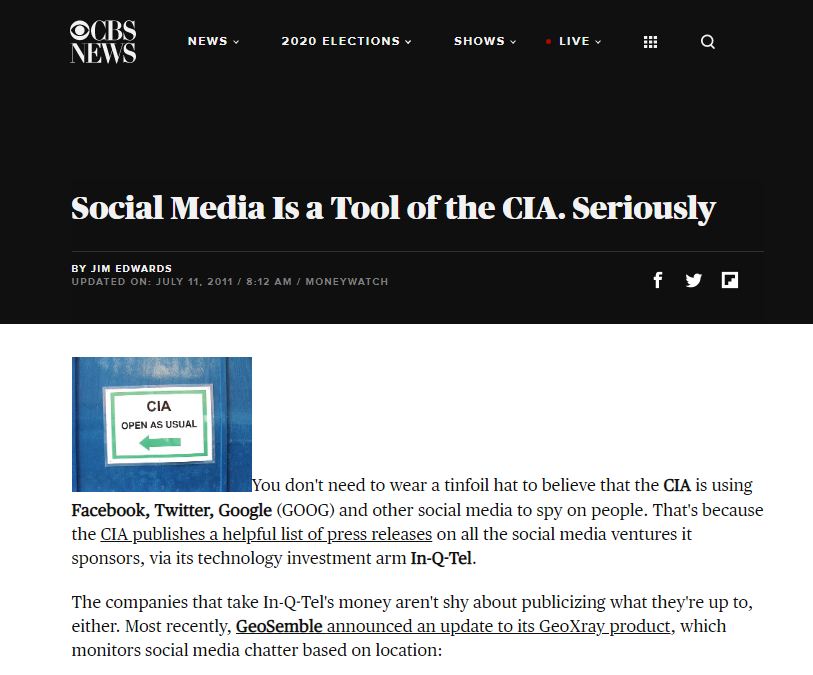 These people take money from the CIA and have openly admitted such. CIA publishes a helpful list of press releases on all the social media ventures it sponsors, via its technology investment arm In-Q-Tel. Clearly, there is a serious question as to what is going on with these people. Whatever they said about the Russians, they have done far worse and pretending they have immunity. Sure, they will claim this is a “conspiracy theory” but this was even reported by CBS – at least until they take it down. Zuckerberg has no immunity in New Zealand. He should be taken to court ASAP for interfering in free elections. He is interfering in the elections the same they have accused Putin of going in 2016.