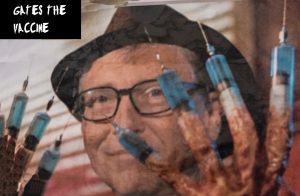 However, there seems to be a discrepancy in whether sperm levels actually normalized after five months. The median count did recover after five months; however, this does not factor in outliers. There was also no notable recovery in those whose sperm counts did not return to pre-vaccination levels. Let’s not forget that Big Pharma is requesting the entire population receive booster shots, which would further impede male fertility. Bill Gates has repeatedly stated that the world population needs to decline, and he seems to have found a disgustingly deceitful way to ensure would-be fathers cannot produce children.

Women are having fertility issues as well:

« Fauci & Secret Payments
Biden: There’s Going to Be Another Pandemic »