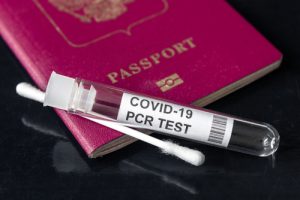 Cignpost Diagnostics, a UK-based COVID testing company, has likely sold swab samples containing customers’ DNA. The company claimed it had the right to sell data to third parties in an effort to “learn more about human health.” However, the consent form is buried among the lengthy testing information sheet, and the company primarily sells tests on the go to travelers looking for rapid results. Cignpost Diagnostics admitted in the fine print that they “may receive compensation” for selling customers’ DNA to “collaborators.”

UK law explicitly demands the protection of private data, and angry customers are claiming the company did not clearly notify users that their sensitive DNA would be sold for a profit to conduct unknown research. The Information Commissioner’s Office (ICO) and the Human Tissue Authority are now investigating. “There is no personal data more sensitive than our DNA. People should be told about what’s happening to it in a clear, open, and honest way so they can make informed decisions about whether they want to give it up,” ICO deputy commissioner Steve Wood said.

Cignpost Diagnostics knows they are in the wrong and has begun to backtrack on their policy. A spokesperson for the company recently claimed all swab samples are destroyed after the client has been notified of their results. Why would the company then claim to have “collaborators” and a plan to profit off of the DNA they have compiled? Three million tests have already been distributed. It is unclear if the company actually destroyed the swab samples, as they only claimed to have done so after coming under fire.