Comey Proves He is Part of Gang of Four Against Trump 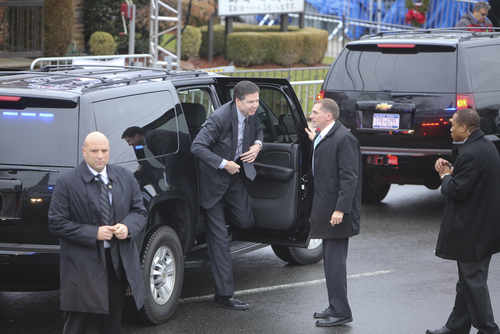 The most telling thing about Comey is he said he did not trust Trump and “thought” he might need notes to protect himself and the FBI when speaking to him. Yet, in the interview that was supposed to clear up Hillary Clinton’s involvement with countless scandals, including her private email server where Comey admitted she was careless with national security, according to James Comey, none of it was recorded. So why did Comey protect Hillary refusing to record anything she said thereby preventing any charges for lying to the FBI as they prosecuted Martha Stuart, and then he recorded conversations with Trump because he didn’t trust him?

Comey was part of the Gang of Four. The degree of pomp and circumstance and him calling Trump a liar is rather astonishing when absolutely EVERY proffer session with the FBI is routinely recorded so they can bring charges against you if you lie. I am shocked at the level of dishonestly that Comey has displayed and of course mainstream media refuses to expose anything negative about Comey or the Democrats. This only further proves the conspiracy brewing. The Deep State is fighting back very hard.