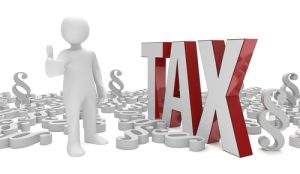 Government incompetence caused 100,000 people in the city of Detroit to lose their homes. The city recently admitted that it overtaxed homes by over $600 million between 2010 and 2016, resulting in thousands of foreclosures. In the state of Michigan, property cannot be assessed at over 50% of its market value. Yet, Detroit managed to assess properties at up to 85% of their market value, resulting in over half a billion in illegal taxation.

Neither the state nor the city of Detroit has done anything to compensate the people who were forced out of their homes. Mayor Mike Duggan insists that state law prohibits his administration from helping residents by providing tax credits or cash compensation. Duggan not so generously proposed allocating $6 million in resources to help overtaxed citizens, many of whose lives have been ruined, but that represents only 1% of what the city collected in illegal taxes.

The Coalition for Property Tax Justice is now helping those affected by involving Michigan’s Attorney General. The tax advocacy group believes victims should receive compensation in their preferred manner, but it is alarming that nothing has been done to compensate the people. Why were the properties over-assessed to such an extent for half a decade? How did the city not notice the dramatic uptick in taxes rolling in? It seems that this is deeper than a clerical error.

« People Are Starving Under Shanghai’s Lockdown
Does Zuckerberg Belong in Prison? »