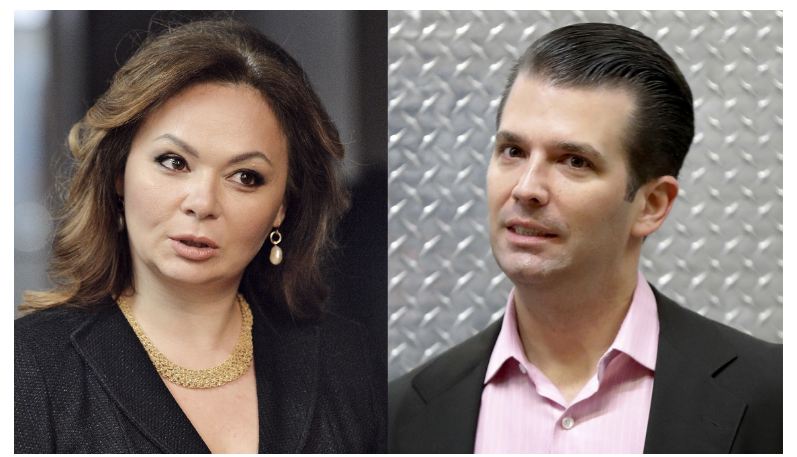 The entire story in the Western Press has painted Trump as being some sort of puppet of Putin. The latest story is how the press is touting that Trump, Jr. said that the Magnitsky Act would be reconsidered if his father won. This story is plastered all over the press as in Newsweek and others like the Washington Examiner. All of these stories are based upon the entire premise that the Magnitsky Act is somehow a justified law and that Magnitsky was a whistleblower who was killed in Russia. There is another documentary which has been banned in the United States and all the journalists eager to overthrow Trump simply refuse to watch or even investigate objectively.

The Documentary,  The Magnitsky Act: Behind The Scenes, has brought to light serious allegations that the entire storyline of Magnitsky is a fraud. It is really worth watching. Using the WayBack Machine, Hermitage Capital & Bill Browder in April 2008 claimed that allegations of their tax fraud were made my Ms. Starova, not Magnitsky in 2009 who was an accountant, not a lawyer. There are others, such as Radio Free Europe, who have run stories that allege that Browder was involved in the murder of Magnitsky. Browder claimed he was against corruption in Russia, yet I was being solicited to put in $10 billion to Hermitage Capital and Edmond Safra was the major shareholder. Browder did not become the major shareholder until after Safra was murdered.

Browder insisted that his departure from Russia resulted from his anti-corruption activities. However, Russian authorities revoked his visa in November 2005,  two years after a provincial court convicted Browder of evading some $40 million in taxes. The entire question is how and why has the Western Media supported Browder, the Magnitsky Act, and used this as the excuse to call Russia our enemy warranting sanctions. If you really want to see how corrupt things can possibly be alleged, then take a couple hours and watch the documentary that is also banned in the United States (also see 100 Reporters). Of course, HSBC, Europe’s biggest bank, paid a $1.9 billion fine in 2012 to avoid prosecution for allowing at least $881 million in proceeds from the Mexican and Columbian sale of illegal drugs to be laundered through the American financial system.

The sponsors of the Magnitsky Act was Senator John McCain, Senator Cardin, and Congressman McGovern. They refused to be interviewed for that documentary. In my documentary, the government players also refused to even justify their actions in the movie. Perhaps if a few million people sent letters to Congress and to the White House, then just maybe we might be able to avoid World War III if someone would just look at this entire mess. What is seriously at issue is the press who want to paint any investigation into the Magnitsky Act as a payback to Putin for his sabotage of the 2016 election of Hillary. Then we have the media like the Daily Beast calling the film Putin Propaganda ignoring all the evidence to the contrary wondering how much they are paid or told what to write to maintain fake news. Objectivity has simply vanished from the media.