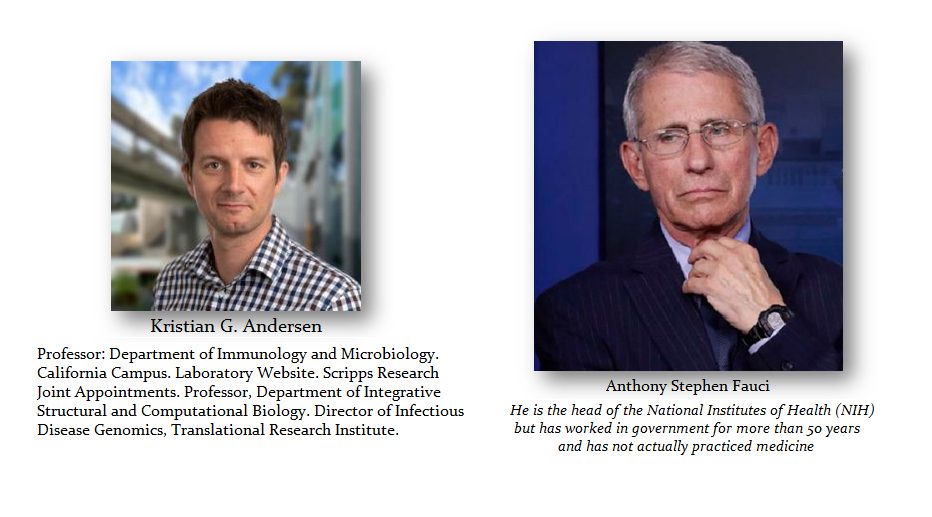 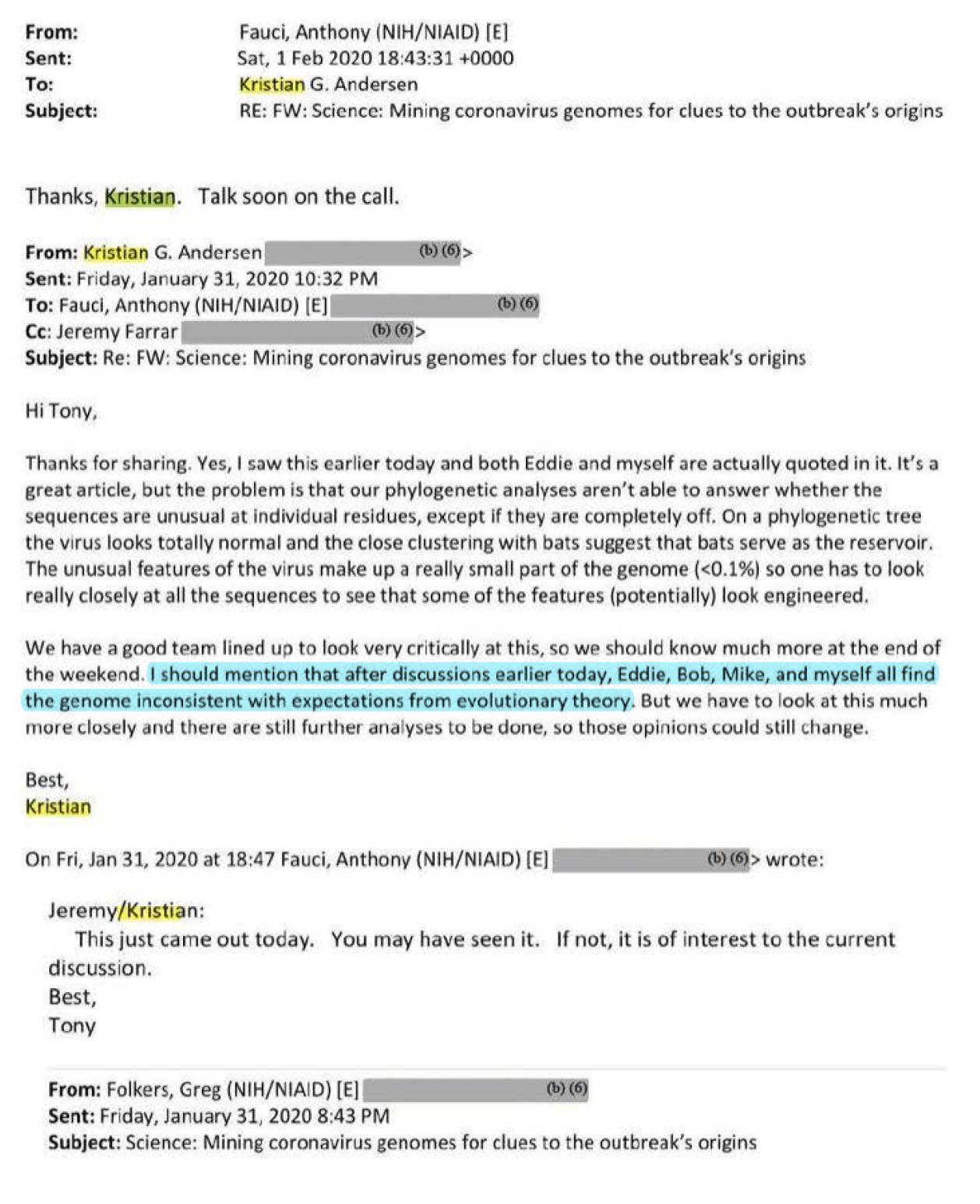 From the information I got from the very outset that this virus was (1) created in a lab, (2) it was deliberately released, and (3) it was impeccable timing to launch the Great Reset. I have stated that I had information from a very reliable source about a “virus was coming,” and people were selling assets ahead of the March 2020 COVID Crash, which our computer identified as a manipulation. 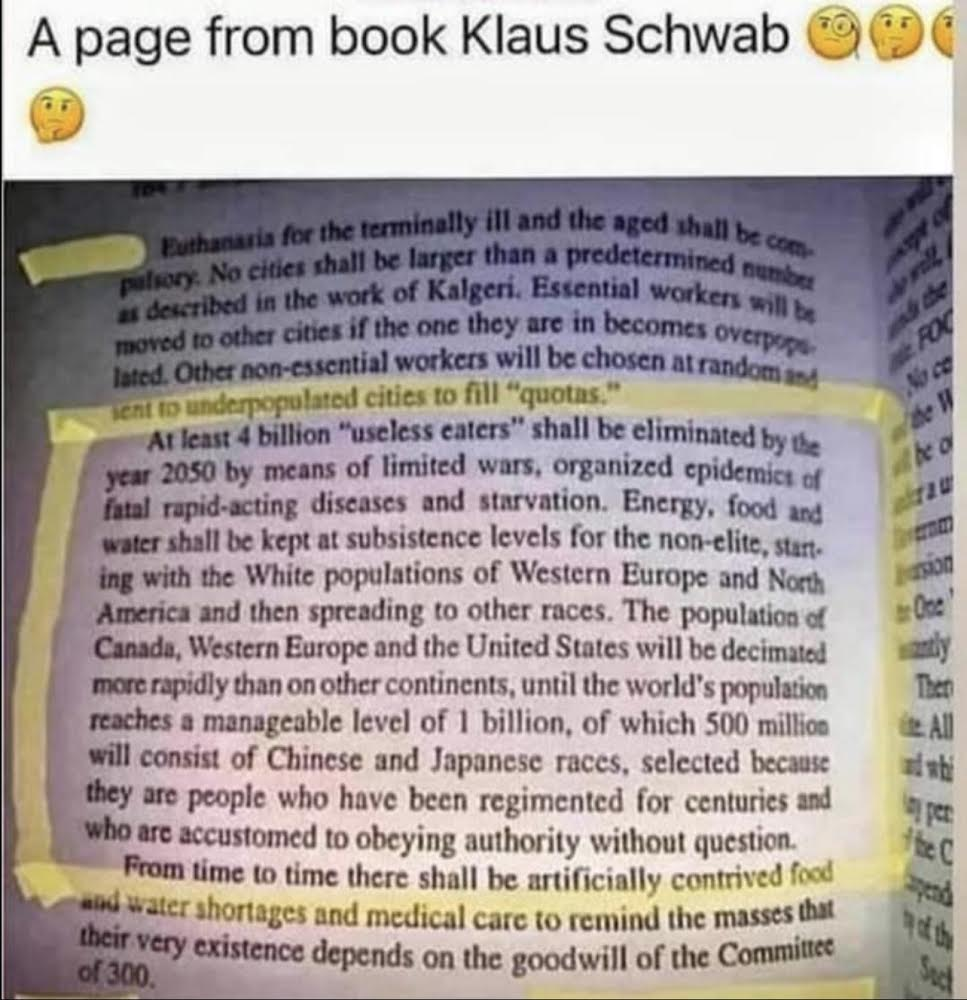 Then we have people sending this around claiming it is from Klaus Schwab’s book. This is absolutely FALSE. I have all his books and checked to confirm it is not in any. This is the standard operating procedure to put out something of this nature that is easily determined to be false in order to then claim ALL OTHER messages are “conspiracy theories” to discredit everything else. This allows people to hide in plain sight.

We do not need to make up shit. There is plenty of evidence that this has been orchestrated from the outset. The real question that needs to be asked: Was Fauci part of this plot or a stupid fool manipulated as the fall guy? There is NO indication that this was a simple lab leak by chance. I maintain that based upon the goings-on behind the curtain, it was INTENTIONAL, and I suspect that Fauci was NOT IN ON IT. Fauci was the perfect dufus to set up just as Lee Harvey Oswald in the Kennedy situation or the claimed guards who fell asleep during Epstein’s orchestrated suicide — also very convenient. Let’s see if his girlfriend ever makes it to trial. My money is against that one, or the judge will prevent her from calling witnesses as they did in John Gotti’s fake trial. 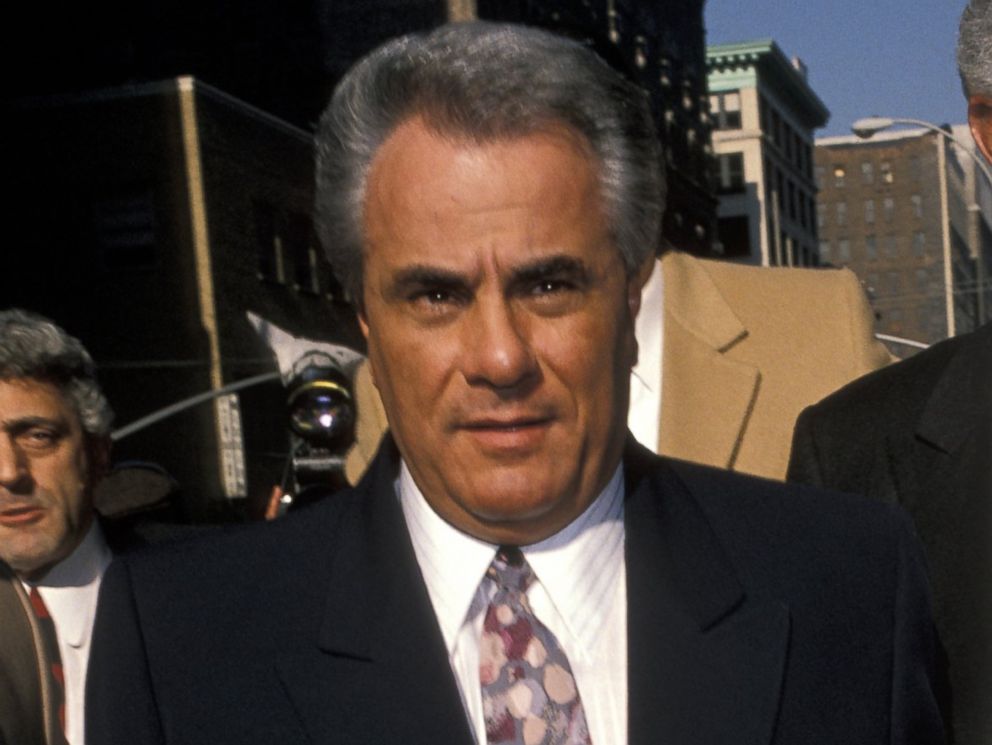 In the trial of John Gotti, Salvatore “Sammy the Bull” Gravano testified against him and was released while Gotti got life. Sammy testified that every murder he did was on Gotti’s orders. The judge would NOT ALLOW the fact out that Sammy had killed probably 60 people, most of which were not related to anything. Cousin Eddie, who was sentenced to 30 years for a conspiracy to kill his brother-in-law Sammy, told me long ago that Sammy came by the house the drop off Christmas presents for his children. He went out to the car to get the presents, and Sammy opened the trunk, and there was a dead body in there. Eddie asked who that was, and Sammy said the bastard cut him off on the road.

The judge would NEVER allow any such evidence to be presented because it might “prejudice” the jury and make them think the people he might not have been ordered to kill by John Gotti. Such is the way “fair trials” are carried out in New York. Sammy the Bull was charged for another crime, and the same Judge Leo Glasser sentenced him to life. Judge Glasser was born in 1924 and is 97 and still on the bench.

« The Plot Thickens
Is Hitler the Model Today? »