The Country with the Highest Mortality Rate in Europe 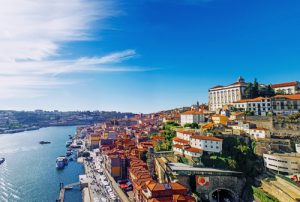 The average death rate in June across the European Union was 6.2%. Portugal experienced a 23.9% uptick in deaths this June compared to the same period throughout 2016 and 2019. Between 2016 and 2019, Portugal was averaging 276 deaths per day. By June of last year, this figure spiked to 341 people per day with 10,217 perishing in that four-week period.

Portugal is the second most vaccinated country in Europe, behind Malta. The aging population over 85 has the highest rate of mortality, naturally, but there have been fewer deaths among people aged 65 to 84. There have been 5,781 COVID-related deaths in the nation this year, but excluding COVID deaths, total mortality still rose by 5%. Infant deaths have sadly increased over the past year as well from 107 to 142.

The Ministry of Health is conducting a study to determine the cause. The agency said they were paying special attention to deaths “that coincide with the greatest intensity of COVID-19 and heat.” Yet, the mortality rate was on the rise between February and April before the heatwaves swept across Europe. Additionally, deaths not attributed directly to COVID are on the rise, so neither heat nor COVID could explain the uptick. Could the high vaccination rate be to blame? The government will likely never reveal the truth, but one variable that certainly has changed is the high vaccination rate.