Bill Gates Has Been Controlling WHO 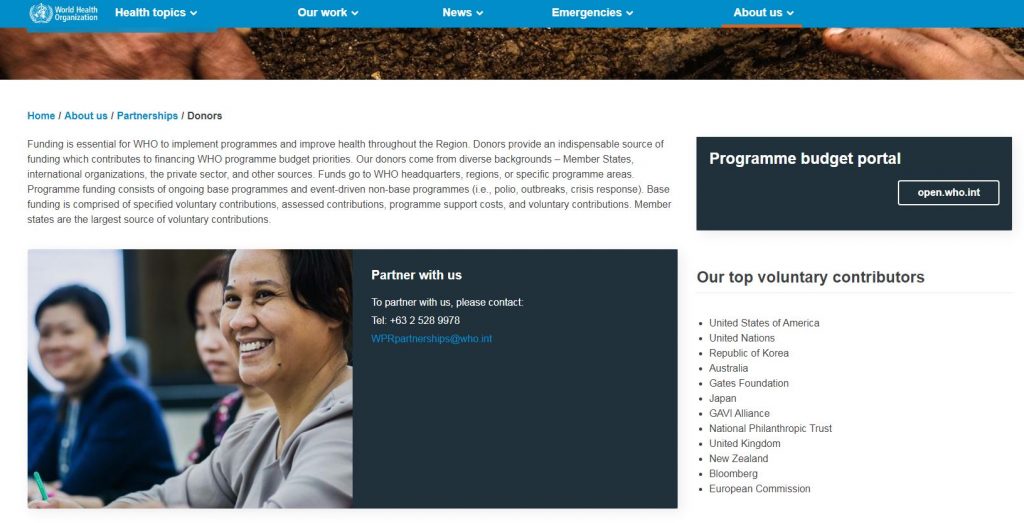 We have a major crisis on our hands. Bill Gates is a VERY SERIOUS threat to not just the world economy, but to world peace. He has been using a loophole that allows health organizations to appear to be government agencies but are not independent and have been actually controlled by Gates. You will see that 80% of the funding of WHO is not from governments, but from donations. Then you see that Gates is the largest donor after countries listed on their website. Behind the curtain, the WHO has been bullied and pushed around by Bill Gates according to various sources one who is even writing a book on the domination of the WHO by Gates.

Melinda Gates has been behind pushing digital currency and she has been addressing the G7 on the claim that this will empower women. Just unbelievable sophistry that digital currency will be better and create more jobs for women? She is also ANTI-Trump.

I have explained that Jeffrey Epstein was NOT a Pedifile which is someone who is after children pre-puberty. I certainly would not have been able to visually distinguish between a girl who was 17 and one who is 18. So what is the point of seeking girls who are 16-17 and risk a criminal violation? To me, it has always smelled of a blackmail scheme. Get people involved who may or may not even know they are 17 v 18 and then use that as a bargaining chip for other things. Here Gates teamed up with Epstein, not once, but three times he went to his island. He was dealing with Epstein since 2011 and was looking at partnering with him where he would get a $30 million fee. So was Gates one of his targets? Or was Gates looking to use Epstein for a power-play blackmail scheme against others? 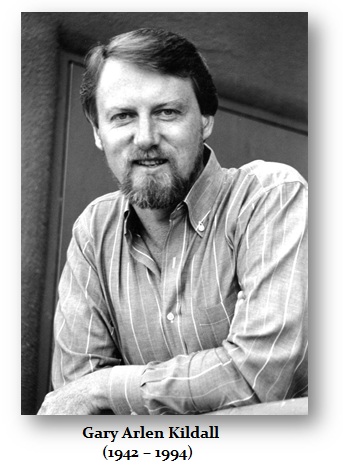 It is well known in among programmers that Bill Gates didn’t write the operating system which made Microsoft known as DOS. Gary Kildall (1942-1994) wrote CP/M, an operating system that ran on early microcomputers based on 8-bits. IBM either couldn’t or wouldn’t make a deal with Kildall. Bill Gates bought what became MS DOS from Seattle Computer Products for $50,000 and licensed it to IBM.

DOS was actually written by a 22-year old Tim Paterson (born June 1, 1956). How much of Kildall’s intellectual property he appropriated is a matter of some dispute. IBM later did make a deal with Kildall by some accounts after threatening to sue IBM because DOS infringed on his copyright. The early IBM PC was sold with both CP/M and DOS operating systems, but CP/M was sold at a much higher price. Many never were aware of the two systems. Most buyers simply chose MS DOS, which became the standard, or were steered toward MS DOS by IBM.

Gate’s reputation has always been cloudy. His co-founder of Microsoft, Paul Allen (1953-2018), wrote in his memoirs that Bill Gates is a ruthless schemer who demeaned his employees and conspired to rip off his business partner. Mr. Gates and Mr. Allen first became friends in 1968 over their Seattle high school Teletype machine, on which they wrote their first software together. Mr. Allen moved to Boston and Gates dropped out of Harvard University in 1975 so they could work on what would eventually become Microsoft.

The authors of “Primal Leadership” wrote in the Harvard Business Review some years ago that Gates was one of “those infamous corporate leaders who seem to have achieved sterling business results despite their brutish approaches to leadership.” 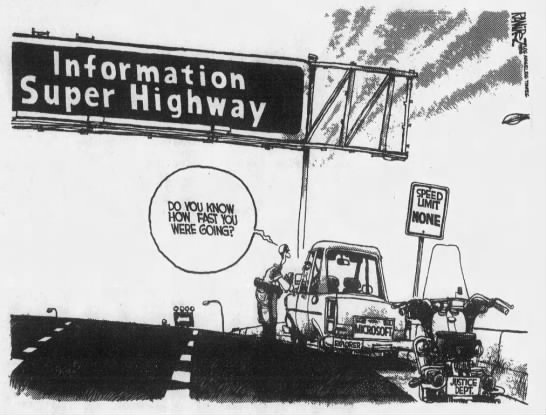 Microsoft founder Bill Gates stepped down in February 2000 as chief executive of Microsoft allegedly as part of the settlement with the Department of Justice in his battle in violation of the Sherman Anti-Trust Act. Gates remained as Chairman of Microsoft with the new title of Chief Software Architect. He then claimed he wanted to return “to what I love most, focusing on technologies for the future.” This was an interesting explanation.

What led to this was on May 18th, 1998, the Department of Justice (DoJ) and the attorneys general of 20 different states filed antitrust charges against Microsoft to determine whether the company’s bundling of additional programs into its operating system constituted monopolistic actions. The suit was brought following the browser wars that led to the collapse of Microsoft’s top competitor, Netscape, which occurred when Microsoft began giving away its browser software for free.

Charges were brought against Microsoft to determine whether its bundling of additional programs into its operating system constituted monopolistic actions. Back then, there were rising concerns that it was impossible to compete against Microsoft and many alleged Gates was a ruthless businessman. The government case accused Microsoft of making it difficult for consumers to install competing software on computers operated by Windows.

Gates was accused of creative editing of video, twisting facts, and emails, but Microsoft still lost the case. The presiding judge, Thomas Penfield Jackson, ruled that Microsoft violated parts of the Sherman Antitrust Act, which was established in 1890 to outlaw monopolies and cartels. He found that Microsoft’s position in the marketplace constituted a monopoly that threatened not only the competition but also innovation in the industry. You could not invent a product for Microsoft would create a competitive and put you out of business. Judge Jackson also called for Microsoft to divide the company in half and create two separate entities that would be called baby bills. The operating system (MS DOS/Windows) would make up one half of the company and the software arm would make up the other.

Microsoft appealed citing the Judge was biased in favor of the prosecution. The appeals court overturned Judge Jackson’s decision against Microsoft. Instead of seeking to break up the company, the Department of Justice decided to settle with Microsoft. In its settlement, the DoJ abandoned the requirement to break up the company, in return, Microsoft agreed to share computing interfaces with other companies. The company saw its once invincible market share erode due to old-fashioned competition which allowed computers to finally explode after Gates’ control was demolished. This is what has been alleged was part of the unpublished deal that Gates himself would step down, which he interestingly allegedly did to avoid the breakup of Microsoft.

Bill Gates’ father was the head of Planned Parenthood. Many saw this as a covert means to justify abortion among minorities to reduce the population which he has been so concerned with which is why he has supported the Climate Change movement. Bill Gates in an interview said:  “When I was growing up, my parents were almost involved in various volunteer things. My dad was head of Planned Parenthood. And it was very controversial to be involved with that. And so it’s fascinating. At the dinner table my parents are very good at sharing the things that they were doing. And almost treating us like adults, talking about that.” 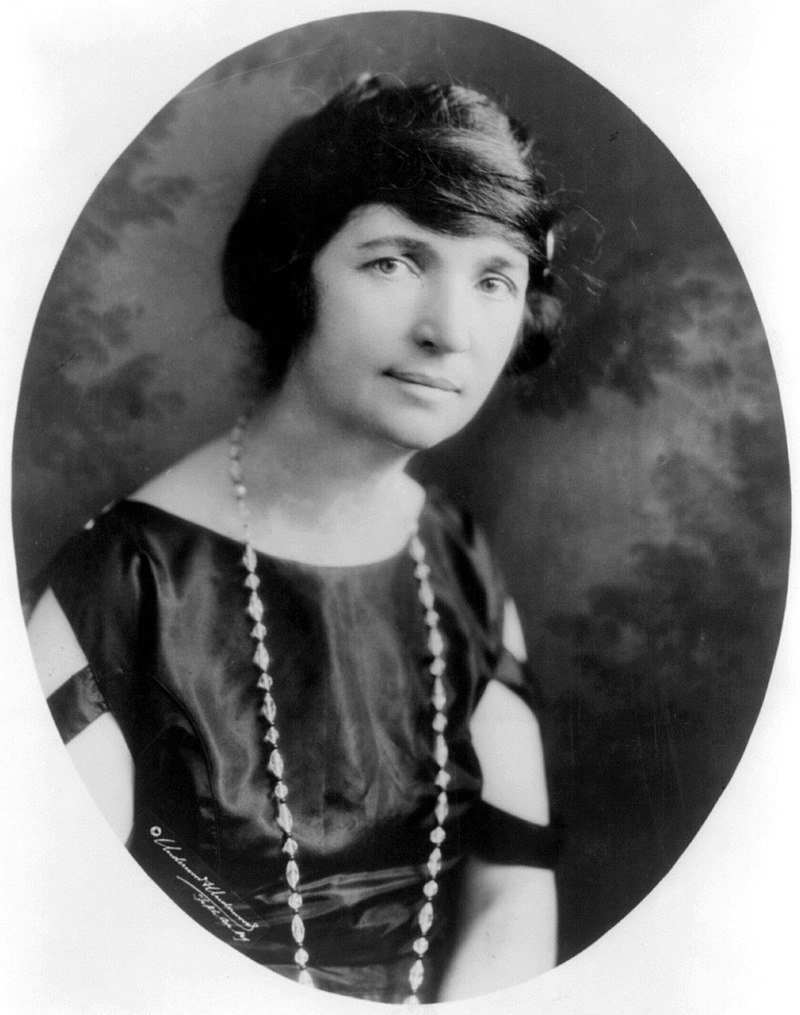 Gates appears to be carrying out his father’s objectives. His wife Melinda Gates, who had three kids, is alleged to have embraced abortion as a means for women to be liberated. Of course, abortion is a tool for eugenics. Many know of the racist legacy of Margaret Sanger (1879-1966), the founder of Planned Parenthood, who once gave a talk to the KKK and helped promote the “Negro Project.” In her own words, “[Birth control] means the release and cultivation of the better racial elements in our society, and the gradual suppression, elimination and eventual extirpation of defective stocks— those human weeds which threaten the blooming of the finest flowers of American civilization.” (NYT, April 8, 1923). To this day, 79% of Planned Parenthood’s surgical abortion facilities are located within walking distance of African American or Hispanic/Latino neighborhoods (Map).

Few know that this project is continued on an international scale by the enormous wealth of Bill Gates. In 1965, the Rockefeller Foundation was a significant donor to the International Planned Parenthood Federation (Source). Today, the Bill and Melinda Gates Foundation has spent billions on population control in Africa and throughout the Third World. Obianuju Ekeocha, author of Target Africa, wrote in her 2012 open letter to Melinda Gates:

“Amidst all our African afflictions and difficulties, amidst all the socioeconomic and political instabilities, our babies are always a firm symbol of hope, a promise of life, a reason to strive for the legacy of a bright future. So a few weeks ago I stumbled upon the plan and promise of Melinda Gates to implant the seeds of her ‘legacy’ in 69 of the poorest countries in the world (most of which are in Sub-Saharan Africa). Her pledge is to collect pledges for almost $5 billion in order to ensure that the African woman is less fertile, less encumbered and, yes, she says, more ‘liberated.’”

Bill Gates has targeted both Climate Change and the claim of gender equality, which is, interestingly, about women liberation not to have children. Of course, “gender equality” is all about reducing the population. Is Gates merely continuing his father’s work by changing the label? In the world of insurance, you buy fire, accident, and theft insurance. However, you do not buy “death insurance” because people saw it as bad luck. They changed the label to “life insurance” and suddenly everyone bragged about how much they had. Planned Parenthood has long had a racist undertone. Just change the label to “gender equality” and everything is good!

Bill Gates has taken over the world health issue as he allegedly ruthlessly he ran Microsoft. This man, I believe, has threatened civilization itself. We should be yelling to every politician in every country to (1) abolish any governmental agency from accepting any private donation AT ONCE! and (2) to launch an investigation into the connections with Gates that span the entire world. I may be risking my life even saying this – but we have a right to be free, not tagged and herded like cattle.