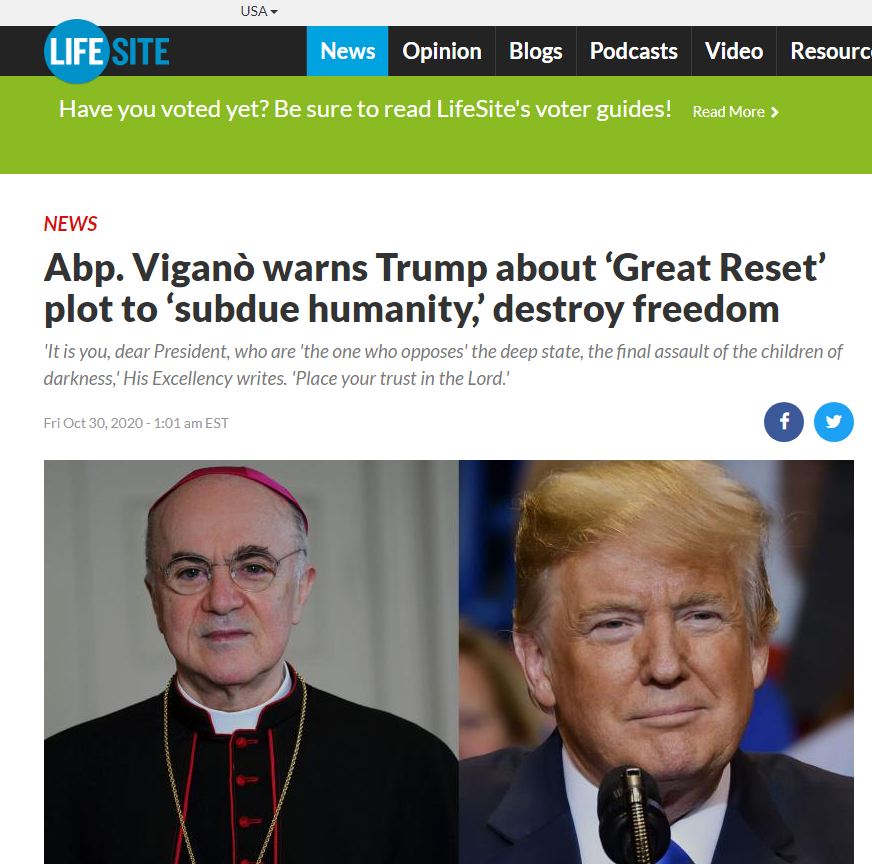 Archbishop Vigano has sent an open letter to President Trump in which he stated plainly that this is a “global conspiracy against God and humanity.” Indeed, NEVER have churches or synagogues been closed by those in power outside of communism. His full letter is here: I suppose the press will also call him a Nazi far-right conspiracy theorist who is a danger to society — code word for their established power. 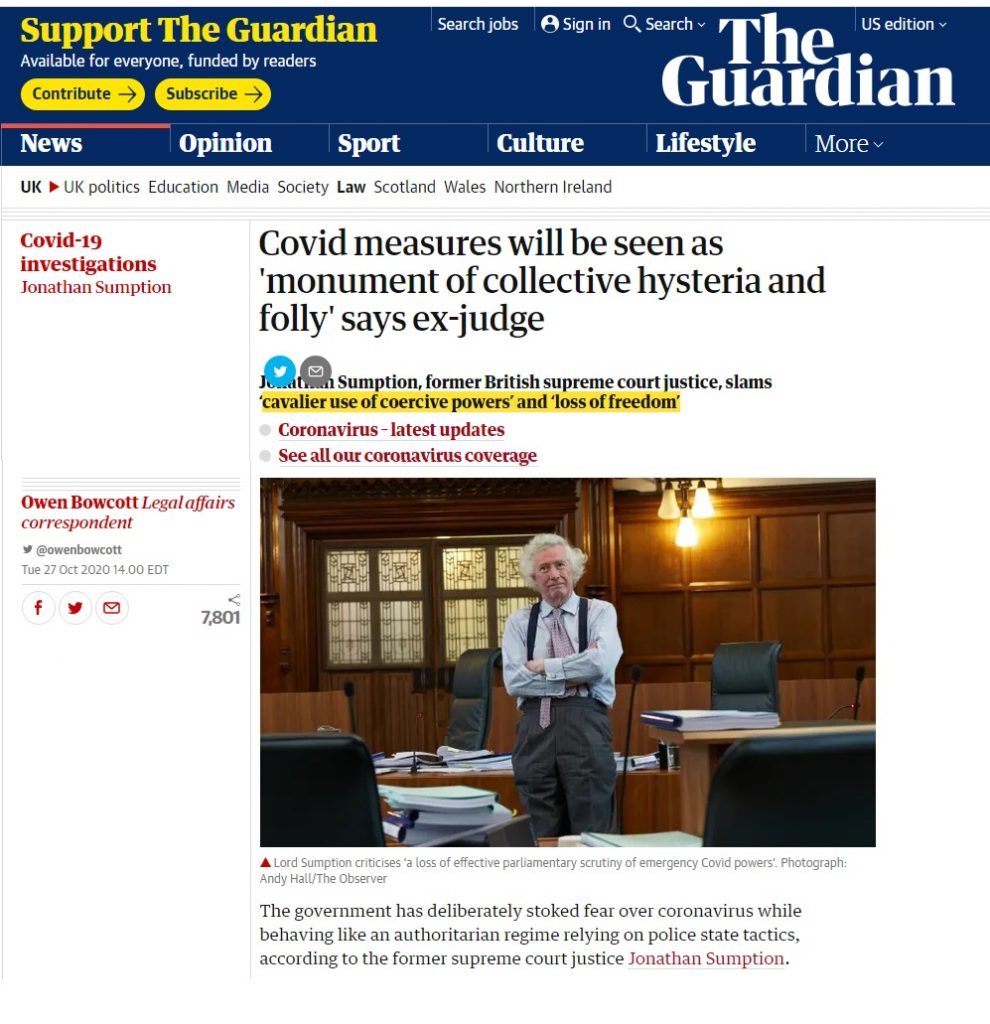 Likewise, former British supreme court justice Jonathan Sumption warns that this has been a cavalier use of coercive powers’ and “loss of freedom” with no real parliamentary oversight. This is the end of Western Culture we are watching unfold before our eyes.

I guess that 50% of the population is now all far-right Nazi conspiracy theorists who should NEVER be addressed.