Will the Elite Wake Up in Time & Confront The Left Climate Fear Campaigns? 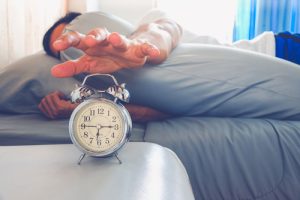 I have had some interesting conversations of late with people I would say are among the power-brokers who tend to pour money into the pockets of politicians to get a favored status. There is a rising concern that perhaps in Europe they have assumed this was just fear politics about climate and they have ignored it as just a side-show to get people to support the government and raise their taxes to fight climate change. There is a sense of more concern beginning to emerge for the elites are at last starting to notice that this may have gone way too far and it is unfolding as a war against capitalism. Unfortunately, they may have simply overslept way too long. Donating to politicians is not going to save the day.

There is a concern that the German auto industry will be devastated by all this excessive climate change issue. They assumed that perhaps they could make money creating wind farms but that has been a failure in Germany. The policies that intended to shut down nuclear power in Germany after the Japanese disaster has caused some to take notice that there is a serious problem facing Europe. Cutting off nuclear power when this climate change demand is going on to shut down gas-powered automobiles is exposing Germany, in particular, to a potential economic disaster. The power grids of Europe will NEVER handle replacing all gas-power cars with electricity. Air traffic cannot be replaced with electric engines. They are moving to outlaw short flights, but then people have to drive, take buses, and trains. About 44% of Germany electric power is generated by coal.

This is also where there seems to be an unspoken agenda to get even with Germany. They see the auto industry as the Achilles’ heel for German success. Germany may soon find that it can be subjugated by Brussels in ways they never thought possible. The play tough with Britain insisted by France knows full well that the #1 European market for German cars is Britain. Refusing a reasonable deal with Britain will hurt Germany the most and some even believe to the quiet pleasure of French politicians behind closed doors.

While my discussions have been with people who attend these elite conferences that others often associate with conspiracy theories of dominating the world, I can attest that they are no more in charge of the world economy than anyone reading this blog. The Club may have a get-out-of-jail-free card and never are prosecuted, but they ALWAYS lose on their manipulations and run to governments for bailouts. Even there they may have overstayed their welcome when the next one comes crashing down. So much for being in control!

The elites I have spoken to know our model and keep an eye on things. The Monetary Crisis Cycle coming due is also the convergence of many factors, not the least of which it is also the Pi turning point for Germany – October 3rd, 1990 German unification. Even the elites are starting to smell a crisis in the wind. But with all the people forecasting a recession now and Trump demanding zero or negative interest rates, I know one thing. They will all be wrong for what is unfolding is nothing like the last debacle which they always predict – the last war syndrome.

My discussions have been about this leftist agenda which the elite have ignored as a passing trend pretty much up there with the election of Donald Trump. They want to talk and respect that our computer has been the only thing to accurately forecast not just the bull market in the US shares, the capital concentration into the USA, the slow painful economic recession in Europe which has been like watching paint dry, but also the fact that it forecast the Trump and BREXIT victories, the chaos in Japan, and the trends in India and Southeast Asia not to mention the collapse of the Swiss Peg and the ERM crisis from the beginning of the Euro. They are becoming concerned and I see this ironically as right on schedule for the turning point come January 2020.

They respect one thing. This is not all accomplished by some personal opinion which starts with the phrase “I think.” We are headed into a period that NO PERSON can forecast from an opinion perspective for this is not something anyone has seen in their lifetime and you really have to go past the Great Depression before you can catch a glimpse of what we face.

There is NO PLACE left of the earth that is not moving into crisis mode. Normally, I have been running around the world getting called in from one crisis to another. But they have been isolated crises. Now we are facing crises on every continent and it is all simultaneous. To survive this total complete mess, it will take a computer to monitor everything and sort out the correlations.

This is by far the worst I have personally ever seen on top of the complete meltdown in the civility within politics. This is how republics die. They are not instruments for one side to suppress the opponent. Yet that is now the objective – crush the opposition at all costs. There can be no long-term management of the economy when we vacillate back and forth between two extremes. The common ground no longer exists.

Just maybe the elite powers that are behind the curtain have been starting to wake up and realize they are the target of this climate change agenda. Welcome to the other side of the political table. It is time to wake up before they come knocking door to door with energy police. This is a hunt for money and it will leave nobody untouched.