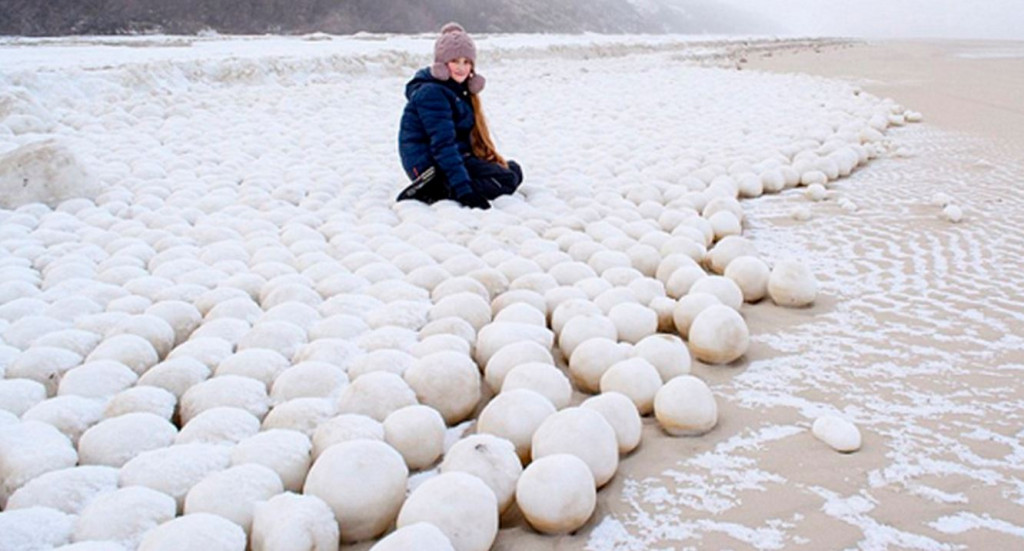 The mini-Ice Age maybe coming faster than we expect. Giant-sized snowballs up to 3 feet in diameter have appeared along the Siberian coastline for a stretch of 11 km. The frozen balls appeared on the coastline near the village of Nyda above the Arctic Circle. The snowballs formed in late October when the Gulf of Ob rose up onto land and covered the beach in ice. As the water retreated, the remaining ice chunks rolled over creating snowballs which grew and grew in huge proportions. This area has reached near record cold for this time of year and snow cover has reached the highest level since 1998.