The International Energy Agency has Joined the Conspiracy Against the World 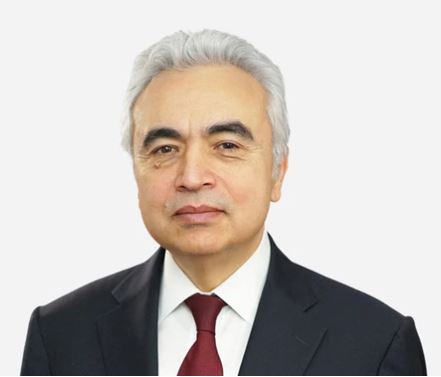 The International Energy Agency has joined the conspiracy outlining a $3 trillion plan to restart the global economy while cutting greenhouse gas emissions, saying that governments have a “once-in-a-lifetime opportunity” to create jobs while decarbonizing infrastructure. Their highly questionable economist Fatih Birol has suddenly come out and proclaimed that the world has six months to avert a climate crisis. He has warned of the need to prevent post-lockdown surge in emissions.  This is complete nonsense for this elitist consortium has already shut down the world economy to the point that in Britain, they have not produced any electricity by coal in two months. He spouts out statements with NO SUPPORTING scientific evidence and is pretending the world will end in 6 months if we allow people to use energy again.

You can Google Faith Birol and he is an economist with no background in climate. For decades his forecasts have been all about the rise and fall of energy – not climate change. It is made up of  30 member countries, 8 association countries, and 2 accession countries all of which must be a member of OECD. You will find that the IEA accepts also private donations and Birol is also now linked to Gates.

The IEA is an autonomous intergovernmental organization within the OECD framework, headed by its Executive Director. The strange part is that its Governing Board is the main decision-making body and it is composed of energy ministers or their senior representatives from each member country. For the IEA’s chief economist to come out of the blue with climate change forecasts are against the self-interests of member states that produce energy

Besides health, Gates has been also involved in buying into energy companies. He has put together a consortium of investors into Breakthrough Energy. While this operation has been funding thermal energy development in Japan, they are pushing for the elimination of fossil fuels in Europe as well. He has been funding many other secretive energy operations all of which will benefit by shutting down fossil fuels. He and his consortium have major stakes in alternative energy and stand to financially gain massively by keeping the world economy closed and the people locked in their houses.

« NO Football This Season
Is Trudeau Hiding Environmental Data Calling Top Secret Because it Exposes his Government? »