The Cycle of Climate Fear Tactics 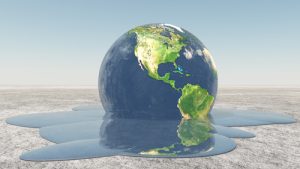 QUESTION: Thank you for your interesting writing on climate change. I take it you see the cycle as natural and this fear seems to flip back and forth between warming and cooling as you published various news articles. Do you rank this as just fear-mongering?

ANSWER: If we look just since 1895, the media loves to print headlines of fear. That they know people will then read. Therefore, this fear has alternated between global cooling and warming scares and at times they have even been overlapping. The first period was from 1895 until the 1930’s when the media was promoting we would all die from a coming ice age. Then it flipped with some overlap during the late 1920’s until the 1960’s when we would all die from global warming. Then it flipped again back to a coming ice age during the late 1950s which lasted into the late 1970s.

Now we are back to we will all die in 12 years from global warming. This time, the socialists have used it to justify dramatically raising taxes and seizing the economy for central control as was the case under Communism.

Doom & Gloom and fear-mongering seem to sell. I see this as absolutely a joke, but the joke is on us for the socialists are smiling – I gotcha now!