The Climate Change of the 1840s 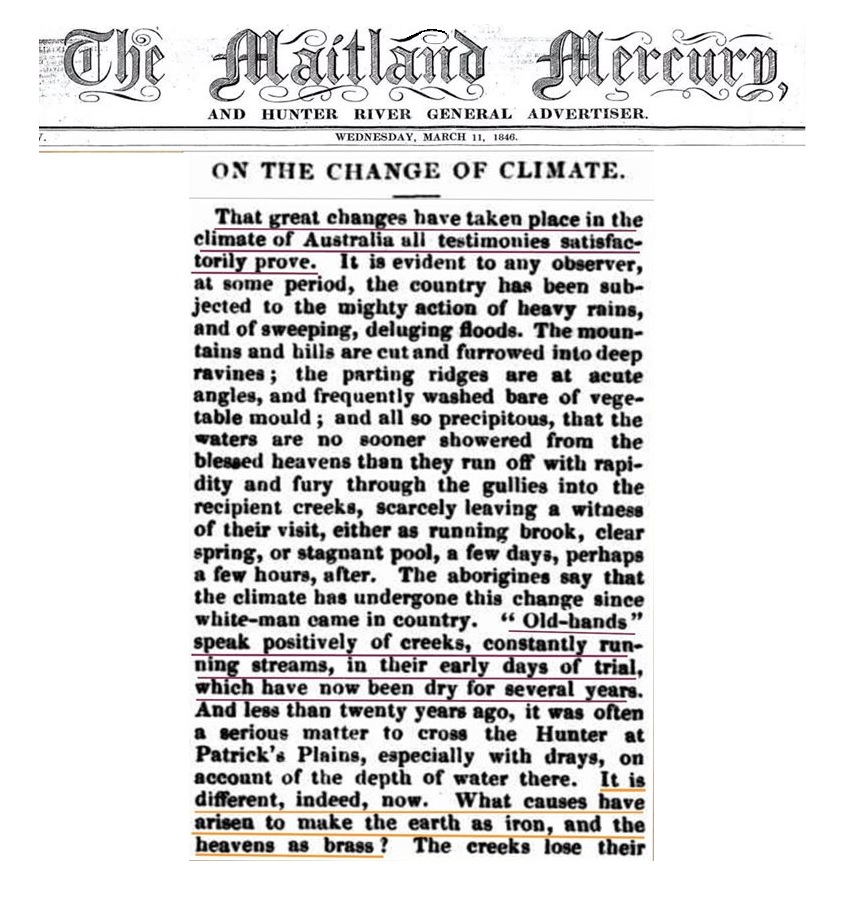 ANSWER: The climate has always changed. Even during the 1840s when there was a major Sovereign Debt Crisis in the USA, there was also the issue of climate change. Here is an article from Australia back in 1846 speaking about climate change. 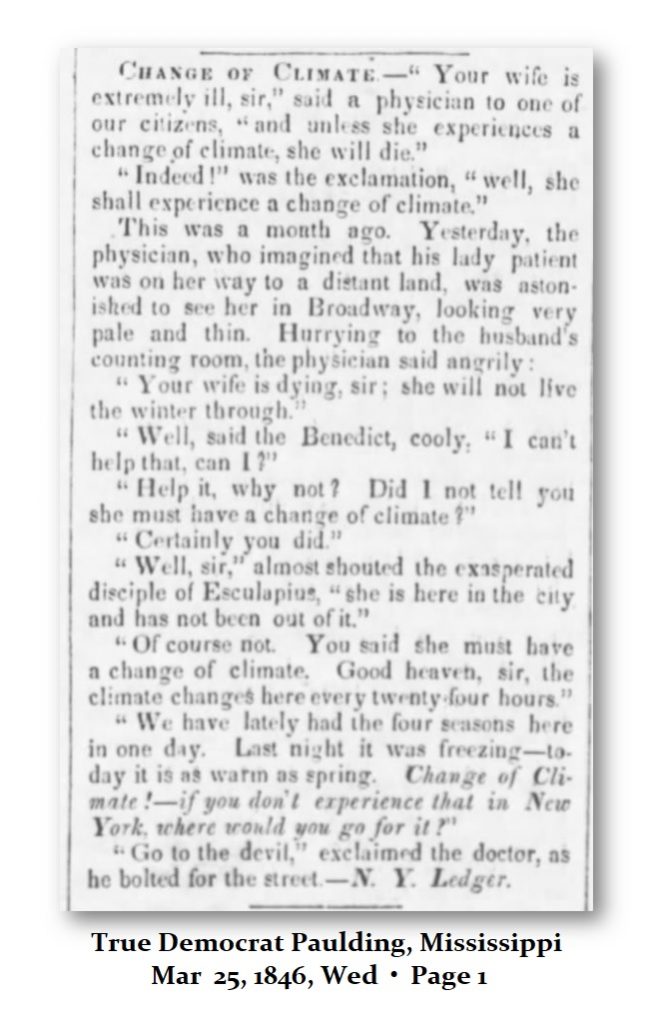 Here we have Climate Change being discussed in the United States also in 1846. The comment was that they saw all four seasons in a single day.

There is nothing new. You can search the newspapers and find periods during which climate change was being discussed. Here during 1846, this is when the earth was still coming out of the Little Ice Age. There too they were talking about climate change.

Climate has ALWAYS changed.  I  do not see how we can suddenly pretend it has never changed and since it is, OMG, we must have caused it.

« Is Climate Change Dispute the Same As the Fall of Rome?
Volcanoes & the Risk During Solar Minimum »