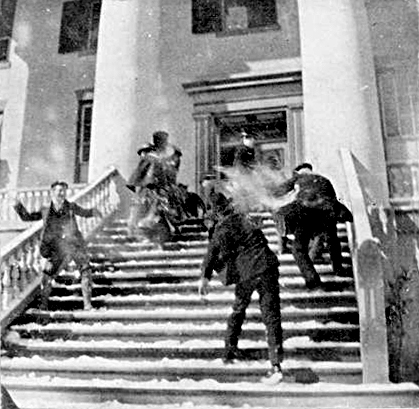 Snowball Fight on Steps of Capital of Florida

A lot of people are claiming that the extreme cold is part of Global Warming and human-induced climate change. Well, all we need do is look to the Blizzard of 1899. That is the record cold where it snowed also all the way into the capital of Florida, Tallahassee. It was snowing also in Tallahassee this season.

February 1899 was the coldest winter on record all the way up to 2017. All of these claims are just nonsense that this extreme cold is created by Global Warming or climate change caused by humans. We have been there and done that before prior to the invention of automobiles and massive expansion of the Industrial Revolution. Let’s see if we break the record come February. It is even 72 degrees in Abu Dhabi, which is cold for them.

« Just How Fast Can Things Freeze?
Greenhouses Gases Are a Product of Civilization for Thousands of Years »