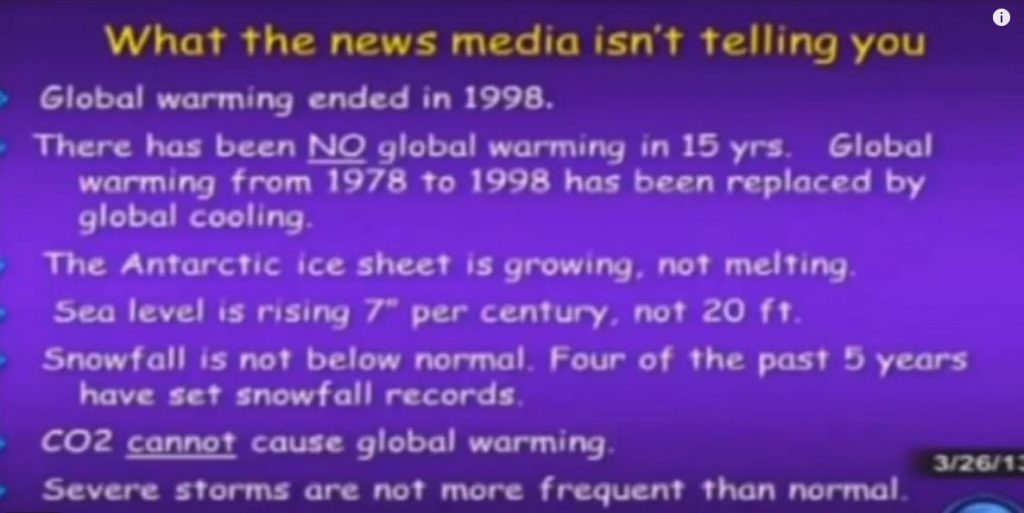 Professor Don Easterbrook, who teaches geology at Western Washington University, testified before Congress that climate change is cyclical. Easterbrook made it clear that he was not politically motivated or funded by any big industry. In fact, he has 50 years of experience and provided the data to support his claims. The professor has been speaking out against human-driven climate change theories since 1998, stating, “Two cycles of global warming and two of global cooling have occurred during the past century, and the global cooling that has occurred since 1998 is exactly in phase with the long term pattern.”

Despite the evidence that states this is a naturally occurring phenomenon, politicians are more concerned about warming their pockets with taxpayer dollars than addressing the real issues. Unsurprisingly, the real concerns that need to be addressed have fallen on deaf ears. Easterbrook pleaded, “The real question now is not trying to reduce atmospheric CO2 as a means of stopping global warming, but rather (1) how can we best prepare to cope with the 30 years of global cooling that is coming, (2) how cold will it get, and (3) how can we cope with the cooling during a time of exponential population increase?” Will these legitimate concerns be addressed by politicians or the Yellow Vest movement that claims to care so much about the people? Unlikely.