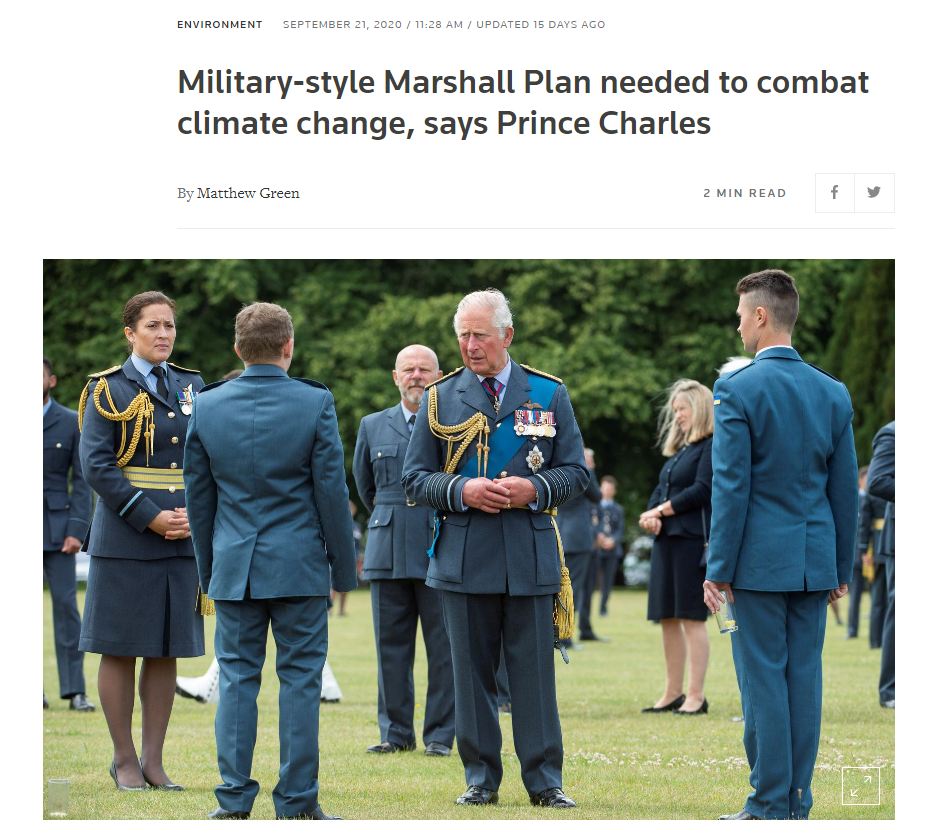 Prince Charles, who also has no qualifications with climate change, has come out and proposes a military-style response reminiscent of the U.S. Marshall Plan to combat Climate Change. Prince Charles is in league with Klaus Schwab and Bill Gates who has been behind using this virus as the excuse to lock down the world to stop air travel and commuting to work. He agrees with the clock erected in New York City claims we will die after 7 years because of irreversible climate change when in fact NASA confirms that CO2 accounts for only 0.04% of the atmosphere. They continue to call anyone who dares to disagree “conspiracy theorists” so they do not have to answer the mountain of evidence that shows the planet has warmed and gone cold for millions of years without humans driving to work. Not a single one of these people will explain the climate changes that have brought even ice ages.

Meanwhile, Charles trappes around with so many military medals they look like costume jewelry since he has never seen and military combat. He wears no medals for valor in combat. Instead, he wears the appropriate regalia, given his service, ranks in the Navy and Air Force, and appropriate titles. He wears the Order of Merit, the Order of the Bath, and the Queen’s Service Order, all for service to the United Kingdom and the Commonwealth but not for military action. This is the very symbol of climate change. Fancy medals, but nothing for actual science.